Lettuce pray for our personal finances


Prime minister Liz Truss failed to outlast the Daily Star’s lettuce, but the lasting legacy of her brief term of office has shredded the outlook for our personal finances.

If you did not see the viral “Liz vs Lettuce” video livestream, it was a tabloid stunt questioning which would expire first — the PM’s tenure or a 60p lettuce from Tesco with stick-on eyes, teeth and a blonde wig. Disco lights were added following her resignation on Thursday.

After a week where tax, pensions and energy policy were tossed in the political salad spinner, what might the next phase of this economic experiment mean for our money?

Whoever succeeds her next week, the answer will be higher taxes.

Chancellor Jeremy Hunt must find £40bn of savings. The extraordinary series of tax U-turns he announced on Monday — many of which were Labour policies — will only get him part of the way there.

Promising “nothing is off the table”, he is so keen for Halloween’s medium-term fiscal plan not to contain any market-spooking surprises that some pundits expect half of the required savings to come from tax rises.

His ripping up of Trussonomics ended plans for a 19p basic rate of tax, lower corporation tax and reduced taxes on dividends.

Extending the “stealth tax” of frozen income tax thresholds looks like a no-brainer. While Truss proudly “delivered” on scrapping the national insurance increase, Nimesh Shah, chief executive of Blick Rothenberg, reckons there could be a U-turn reinstating the 3.25 per cent rate for higher and additional rate taxpayers next April.

“It was too late to stop it this time, but someone earning £160,000 is still going to be better off by about £1,100 next year because of that Nics reversal,” he says. “If they want to support the vulnerable, they’ve got to find ways to pay for it.”

In any case, dividend tax rates will still rise by 1.25 percentage points next April. This, plus increases to corporation taxes, is a blow for limited company directors who pay themselves in divis — a group largely excluded from pandemic support.

It is also unwelcome news for investors who hold shares outside popular tax wrappers. Income investors saw share prices of UK banks dip this week amid rumours of a “windfall tax” on profits — although Hunt stopped short of reinstating the cap on bankers’ bonuses.

Bankers shouldn’t get too excited — there is still the possibility of another U-turn by October 31!

Pensioners are not banking on Truss’s dying pledge this week to honour the triple lock as inflation surged past 10 per cent. This will cost about £9.5bn to fund, pushing the full state pension above £10,000 from next April (assuming no U-turn occurs).

While pensioners are a group of voters the Conservatives cannot afford to upset, there were no such promises to uprate benefits. With food price inflation nudging 15 per cent, this jars against ministers’ repeated assurances to “protect the most vulnerable” as prices soar.

Plans to thaw the energy price guarantee next April were the right thing to do — I’ve long argued this costly support should never have been extended to the wealthy. However, it’s not just benefit claimants who are suffering.

The combination of £4,000 energy bills and higher rent or mortgage payments could leave the finances of millions of full-time workers in a very vulnerable position, but we don’t yet know where the Treasury’s cut-off point will fall. 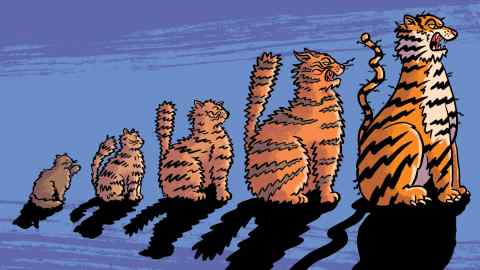 The lost tax savings from Hunt’s series of U-turns are pretty meaningless for most; it’s soaring mortgage rates that are really kicking people in the pants financially.

If you work in an office, it should now be apparent who the winners and losers are among your colleagues — mortgage fixes are all anybody wants to talk about.

Those rolling off fixed-rate deals now will struggle to do much better than 6 per cent on a fresh five-year fix. On a £250,000 mortgage, the “payment shock” could be £500-£600 a month, and nearly 2mn fixes end next year.

By the time the next election rolls around, we could have a housing crash and negative equity to contend with. Falling prices will affect loan-to-value ratios making it even more expensive for the indebted to remortgage.

At least Monday’s killing off of Trussonomics has caused UK gilt yields (and the swap rates used to price mortgage rates) to drift back in the right direction. Mortgage brokers expect rates to ease slightly in coming weeks if gilt rates hold steady, but the days of cheap home loans are over.

Financial markets held steady in the wake of the prime minister’s resignation — so here’s something to check while we wait for the next leader to emerge.

Defined benefit (final salary) pension schemes have been the ones in the headlines thanks to their risky derivative-linked hedging, but in reality, there’s little danger of well-funded schemes not paying their pensioners.

However, anyone with DC workplace schemes would be wise to check their exposure to gilts, and potentially add a few years to their expected retirement age.

“Let’s say on day one of their new job, an ambitious 25-year-old estimates their retirement age at 50 or 55 on their company pensions form,” says David Hearne, chartered financial planner at FPP. “That means they could be in danger of being ‘lifestyled’ from the age of 40.”

Lifestyling — the gradual move away from equities towards gilts and cash as retirement approaches — is a legacy of the days when all pensions savers had to buy an annuity. Gilts were seen as a safe haven, but as well as missing out on potential equity returns, you also risk the danger of capital losses.

Another thing to watch is cash. With so much uncertainty ahead, everyone needs an emergency fund. However, the accepted yardstick of saving three to six months’ worth of living expenses also needs to be adjusted for inflation — with tough times ahead, you might need more cash than you realise.

The good news is that plenty of new savings deals are springing up ahead of the expected rate increase in November — and I expect more will follow.

Barclays’ customers with up to £5,000 to shelter can get 5 per cent interest on its new Rainy Day Saver (you need to join its Blue Rewards scheme, which is cost neutral providing your account has two direct debits).

Nat West, Lloyds and Yorkshire Bank all offer 5 per cent on their monthly regular savers (equivalent to 3.2 per cent spread over the year).

It’s less than inflation — but it could be a better rate than your mortgage.

If you’re thinking of paying down a lump sum before your fixed rate deal ends, this could be one way of getting some interest rate arbitrage before our outgoing PM turns into a pumpkin.

Uncertainty delays investment. If only the UK government grasped this