Uncertainty delays investment. If only the UK government grasped this


Liz Truss overlooked it. So did poor Kwasi Kwarteng. So did the Nobel Prize committee in awarding Ben Bernanke a share of the Nobel prize in economics last week. The “it” is an elegant and underrated academic paper that Bernanke published in 1983 titled “Irreversibility, uncertainty, and cyclical investment”. Although unmentioned by the Nobel committee, it has proved quietly influential in academic circles. Perhaps somebody should explain it to the current UK government.

But let’s change the game a little by offering an extra choice: you can pay that $5 for your ticket or you can pay 10 cents to reserve the option to buy the ticket after I toss the coin and you see the result.

Now do you want to buy the ticket? Of course not. Just pay 10 cents and wait. If the coin comes up heads, buy your ticket and walk away with a fat profit. If it comes up tails, you’ve only lost 10 cents.

It would be a strange casino that offered either game. But entrepreneurs and managers face similar decisions all the time, even if they have to guess at the probabilities and pay-offs. Businesses are often faced with the chance to make an investment that may or may not pay off, and they also often have the option of waiting and watching before committing. That costs a little, but if waiting and watching resolves much of the uncertainty, waiting and watching is what they will do.

“Investor behaviour in recession,” wrote Bernanke in 1983, “is . . . a cautious probing, an avoidance of commitment until the longer run status of both the national economy and the investor’s own fortunes are better known.” He added: “by waiting, the potential investor can improve his chances of making a correct decision.”

Bernanke was not the only economist to investigate the impact of uncertainty on irreversible investments. It was first discussed in 1948 by the Kyiv-born economist Jacob Marschak and has been developed at length by Robert Pindyck, Avinash Dixit and others. But the fundamental point is all too simple: uncertainty delays investment.

It’s obvious enough that when governments enact damaging policies, businesses will want to steer clear. But Bernanke was making a more subtle argument that when governments enact policies which may be good or may be bad, businesses will want to wait until the dust settles. Alas, the difference between discouraging investment and delaying it over and over again may turn out to be trivial.

There’s another surprising insight in Bernanke’s paper, which he calls the bad news principle. In situations where businesses can wait and see, the risks that matter are the downside risks. Uncertainty about just how wonderful the good news is is irrelevant.

You can see that in my odd casino game. Instead of offering $10 for heads, I could offer $8. Or I could offer $20. But it wouldn’t make any difference; you’d still pay your 10 cents to wait and see. And if heads came up, you’d buy that ticket. Changing how good the good news is doesn’t change your decision to wait.

On the other hand, if I made the bad news less bad, that could make a difference. If, instead of $3 for tails, I offer $5, or $6, then you wouldn’t want to pay a penny to wait. You’re guaranteed not to lose money, so you’d buy a ticket and hope for the best, knowing that the worst is also just fine. 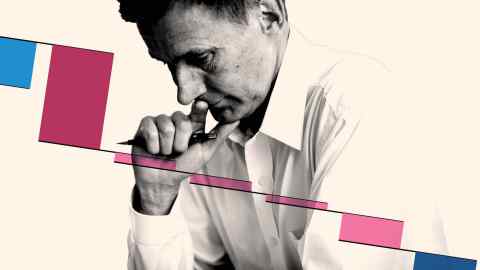 Truss has been learning this lesson the hard way. Two of her flagship tax cut ideas were to lower corporation tax and abolish the highest rate of income tax. But these are efforts to make the good news better for the corporate decision makers who might help fuel that sought-after growth; they do not alter the fundamental problem that businesses would rather wait and see what happens next. If we want investment now, the government needs to do more to reduce downside risks. At the very least, it should try to stop being the leading source of those downside risks.

Lettuce pray for our personal finances