The Qatar Investment Authority has doubled its stake in Credit Suisse, becoming the second-biggest shareholder after the Saudi National Bank and underlining the growing importance of Middle Eastern investors to the ailing Swiss bank.

The move comes as US shareholders sell down their stakes in the lender, with Chicago-based Harris Associates, which was the bank’s biggest shareholder just a few months ago with a 10 per cent stake, now owning less than 5 per cent.

The QIA, which began investing in Credit Suisse during the financial crisis, doubled its stake in the group late last year and now owns slightly less than 7 per cent of stock, according to a filing on Friday with the Securities and Exchange Commission.

Together with the SNB’s 10 per cent stake and 3 per cent held by the Olayan family of Saudi Arabia, the three Middle Eastern investors control more than a fifth of Credit Suisse stock.

Buffeted by a succession of crises, the Swiss bank launched a capital raise in October aimed at drawing in an additional SFr4bn ($4.3bn) from new and existing shareholders to pay for a radical restructuring of the group.

The Financial Times reported last year that the QIA would be joining the SNB as part of the initial share sale and both would take part in a subsequent rights issue.

The petrodollar-fuelled boom over the past decade has boosted the coffers of Gulf sovereign wealth funds, with investors in the region looking to build positions in a range of western financial groups and sports teams.

In a statement earlier this month, FAB said it “had previously been at the very early stages of evaluating a possible offer for Standard Chartered” but was “no longer doing so”. 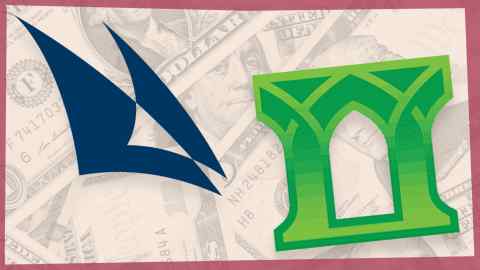 The Credit Suisse leadership has been courting Middle Eastern investors and wealthy clients in recent years, having identified the region for growth. Chair Axel Lehmann was a guest of the Qatari government during the World Cup final in December, which was held in Doha.

Harris Associates is not the only US investor to sell down its Credit Suisse stake. Artisan Partners, which last year was a top five shareholder and bought into the group soon after the appointment of former chair António Horta-Osório, has completely sold out over the past six months.

Credit Suisse shares have dropped more than 70 per cent over the past two years.

When Life Gets In The Way Of Your Retirement Plans