Russia’s invasion of Ukraine has increased inflationary pressures including for energy, food and other commodities, and depressed the economic growth outlook, the head of the world’s largest sovereign wealth fund has said.

Nicolai Tangen, chief executive of Norway’s $1.3tn oil fund, told the Financial Times that Russia’s war had intensified concerns about the two factors he thought could pull down financial market returns over the next decade.

“This is amplifying the inflationary pressure we’re seeing, through oil and energy, food input, input into fertilisers and other more materials. It’s making that situation more problematic. It’s also negative for economic growth,” he added.

Tangen warned in an interview with the FT in January that investors faced years of low returns as high inflation becomes a permanent feature of the global economy, dubbing himself “team leader for team permanent” in the debate on whether the rise in inflation is transitory or not.

Trond Grande, the fund’s deputy chief executive, said the striking financial sanctions unveiled against Russia such as cutting banks off from the Swift payments system were “a test of the resilience of the system”.

“The government bodies imposing these sanctions acknowledge that these are potentially a little bit blunt tools. You don’t really know the first, second, third, fourth order effects of how it impacts everyone,” he said.

Tangen said the sanctions could affect the global supply chain as well as food and energy supply.

The comments of the two executives came as the oil fund reported on Thursday that its Russian holdings were probably worthless after tumbling in value by 90 per cent in the past two weeks.

Tangen said the fund had largely written off its Russian holdings after the Norwegian government at the weekend ordered them to be frozen and eventually sold.

The oil fund had NKr27bn ($3bn) in Russian equities at the end of 2021, and they were still worth more than NKr25bn two weeks ago, before plunging to about NKr2.5bn on Thursday. Tangen conceded even that figure was highly uncertain.

Tangen said the fund had held an investment meeting on February 24 — the day of Russia’s invasion of Ukraine — and decided not to change its holdings. He said in an interview the day after that he did not want to sell its Russian shares because it would enable oligarchs to pick them up on the cheap. 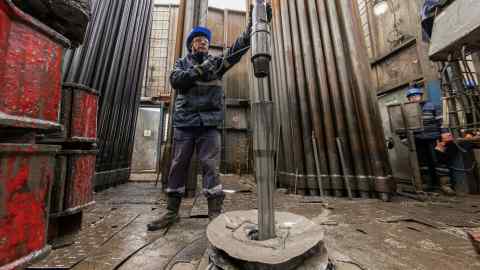 But he was overruled on Sunday by Norway’s centre-left government, who overturned decades of policy that the fund was purely a financial investor and not a political tool by ordering it out of Russia.

“It was no investment decision, it was a political decision,” Tangen said. But he added that he did not think the decision would lead to other countries regarding it as a political fund. “It is an extraordinary situation right now,” he stressed.

The fund, which on average owns 1.4 per cent of every listed stock globally, is down 6.1 per cent this year to date, while its equity holdings are down about 8 per cent.

When Is A QCD Not Really A QCD (Non-Taxable Distribution)? Watch Out If You Make Deductible IRA Contributions