Private equity groups are planning to cut their exposure to Chinese real estate as concerns mount over the health of the sector following the default last week of indebted developer Evergrande.

The report came days after Evergrande, the world’s most indebted property group, was downgraded to “restricted default” by rating agency Fitch.

Investors have been trying to gauge how far the contagion from Evergrande’s default will spread after a number of rival developers missed offshore bond payments in recent months. The sector has come under heavy pressure in the past year after Beijing unveiled a “three red lines” policy to curb developer debt.

The Coller report also showed that more than a third of investors with exposure to Asia outside China planned to invest more heavily in other parts of the region. 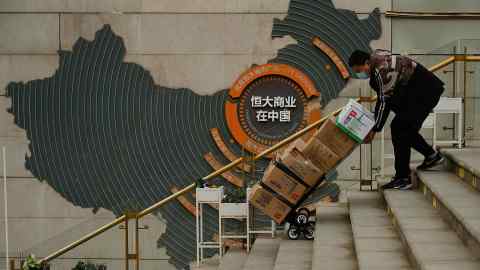 Signs that the Evergrande default would disrupt Chinese markets intensified on Monday, with the Hang Seng Mainland Properties index, which tracks 10 of China’s biggest developers, falling as much as 3.6 per cent.

Shares in Shimao Group, one of China’s biggest developers, fell as much as 13.8 per cent, while Sunac China Holdings, another developer, dropped 7.9 per cent.

Sunac came under scrutiny after a draft letter to a local government warned it was facing liquidity issues.

Fantasia Holdings, a midsized developer whose shares resumed trading on Monday after a two-week suspension, fell as much as 9.4 per cent before clawing back losses to trade flat. Fantasia defaulted on a $206m bond in October.

The market sell-off contrast sharply with last week, when the initial reaction to news of Evergrande’s missed payment on bond coupons totalling $82.5m was tempered by signals that Beijing would offer policy support to the struggling sector.

But investors were disappointed on Friday, after Chinese economic policymakers declared that “property is for living, not speculation”, repeating a mantra used to justify the restrictions on developer leverage.

Prev Next
8 Comments
Leave A Reply