The boutique investment bank Lazard is set to advise a greater number of fast-growing start-ups in the US as part of a broader push to expand its private capital offering.

Lazard is assembling a team of six specialist bankers to be based in Los Angeles and Austin, according to a memo seen by the Financial Times, building out a venture and growth practice that started in Europe in 2015.

The US group will be co-led by managing directors Christopher Britton and Amy Cozamanis. Lazard’s venture and growth banking team totals 25.

The timing of Lazard’s expansion comes against the backdrop of a slowdown in venture markets, as plunging technology valuations and rising interest rates have led venture capitalists to pull back from dealmaking in recent months.

However, the firm’s executives see an opportunity to grow beyond advising on large-scale mergers and acquisitions. In particular, that includes working with firms in the private markets.

Peter Orszag, chief executive of Lazard’s financial advisory business, told the FT: “This is part of an overall strategy which is to make sure that Lazard is not just the mega-cap, buyside M&A work but has a variety of different verticals including a significant private capital effort.”

Boutique investment banks such as Lazard have largely been dependent on lucrative M&A fees that can surpass tens of millions of dollars on a single transaction. The bank is branching out into offering other types of advice to executives. Last year it set up a unit of advisers to counsel corporate leaders on geopolitical risks.

The venture group will focus on sectors such as technology and healthcare “where innovation and dynamism are the strongest”, Orszag added.

“It’s now time to go out and really spend time with the clients and the investors, to be working on that matching function between the two worlds,” he said.

An expansion of the venture banking team comes as the number of VC deals in the US dropped in every quarter last year, according to a report from PitchBook. 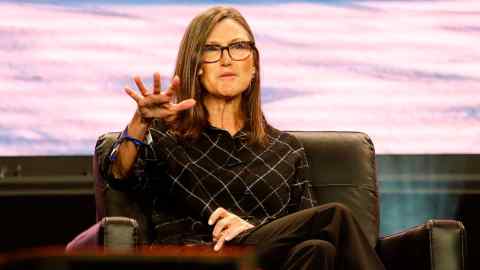 Larger deals in particular have dried up. Rounds priced above $100mn fell more than a quarter to 30 deals in the fourth quarter, reaching a three-year low, PitchBook said.

The bank’s venture and growth unit has already racked up some notable deals, raising $3bn over the past year for tech companies.

Lazard advised wealth management platform FNZ, which raised $1.4bn last year at a more than $20bn valuation. The bank has also advised Northern Gritstone, an investor focused on university spinouts based in the north of England, and retirement technology business Smart Pension.

The valuation reset rippling through markets