(Bloomberg)—Working from home is saving commuters around the world 72 minutes a day, time they’re splitting between their jobs, leisure and caregiving, a new study shows.

Remote staff are saving the most time in China, where forgoing the trek to and from one’s workplace is freeing up 102 minutes a day, according to the study published this month by the National Bureau of Economic Research. Serbian workers saw the smallest savings of 51 minutes, while those in the US also saw a comparatively low 55 minutes spared. 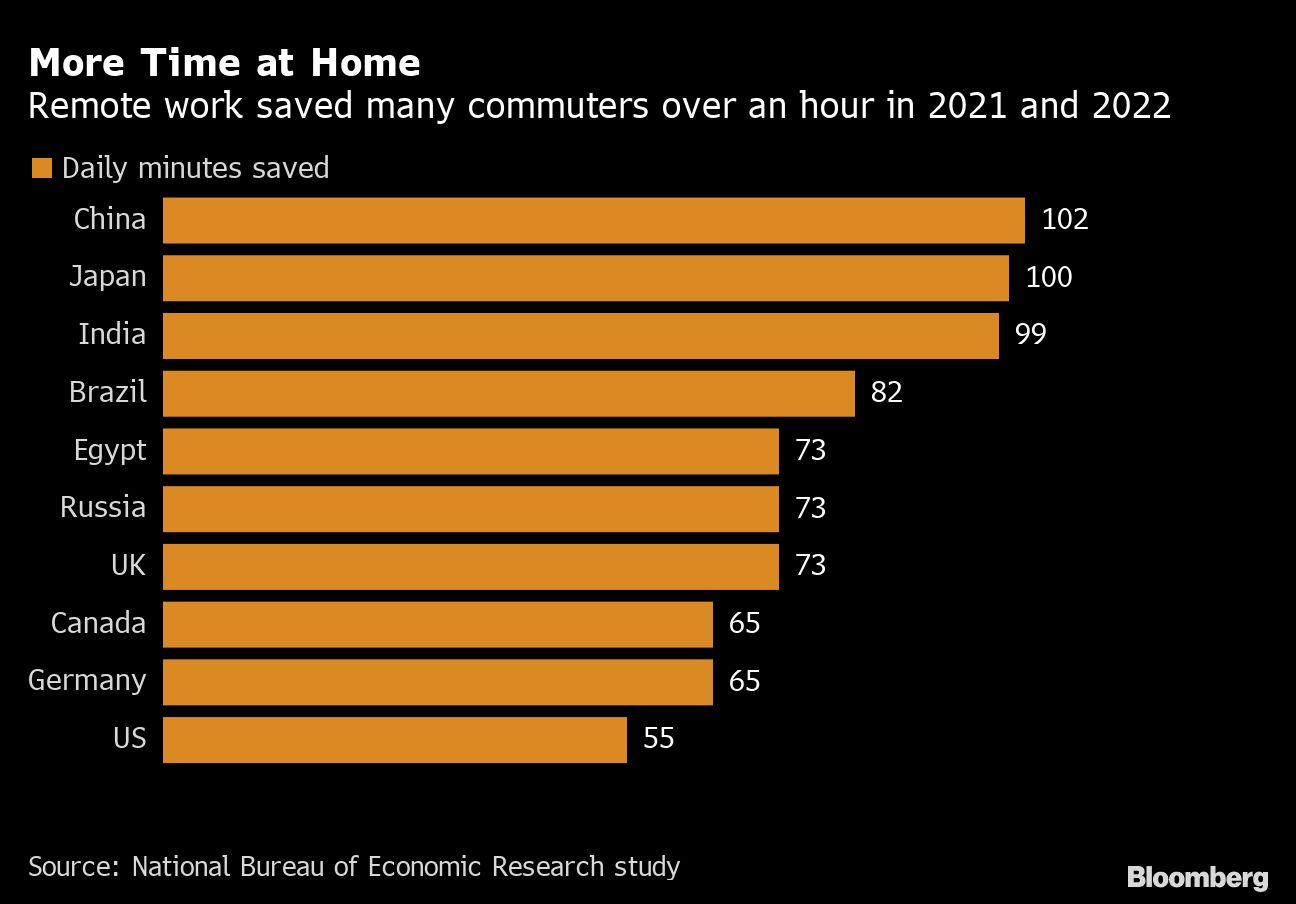 The team of economists from Europe, Mexico and the US —including Stanford University’s Nicholas Bloom — calculated daily commute times from surveys of workers across 27 countries in the past two years.

When accounting for those who never worked remotely in that time period, the economists estimate that work-from-home saved about two hours of travel time per worker, per week. That will be cut in half after the pandemic ends given employers’ plans to bring staff back in, the researchers say.

That amounts to 2.2% of a 46-hour workweek, with 40 paid hours plus six hours of commuting, the paper found. As such, the private value of the time savings is around 2.2% of after-tax earnings in the post-pandemic economy.

Workers are hardly sloughing off. Businesses are the biggest beneficiaries of the travel time savings, with workers devoting 40% of their saved time toward primary and secondary jobs. About a third went toward leisure activities and 11% went to caregiving, the study found.

Stocks Are Poised to Hit New Lows This Year, Survey of Investors Shows