European bond prices dropped sharply and US stocks snapped an upbeat streak after a hawkish turn from leading central banks quashed investors’ hopes that a Christmas rally in financial markets would take the edge off a miserable year.

US Federal Reserve chair Jay Powell administered the week’s first big knock to markets on Wednesday when he signalled he was in no rush to soften the pace of monetary tightening despite a dip in inflation.

On Thursday his European Central Bank counterpart, Christine Lagarde, ramped up the pressure with a warning that eurozone inflation could rise further early next year — a hint of continuing upward pressure on interest rates.

Equity markets, which have been largely buoyant since October, sank, with the S&P 500 and the Nasdaq Composite on Thursday suffering their biggest daily losses of the month. Europe’s Stoxx 600 registered its biggest decline since May.

Meanwhile, a rapid drop in prices meant yields on two-year German government bonds — already at their highest in 14 years — leapt 0.22 percentage points on Thursday, marking their largest daily increase since the depths of the 2008 financial crisis, according to strategists at Deutsche Bank.

The pullbacks cap off one of investors’ trickiest years in living memory, marked by declines in both stocks and bonds that have left them with few ways to avoid losses.

“It would have been completely out of character for 2022 to go out with a whimper and with the last major act of the year, the ECB ensured that we didn’t,” wrote Deutsche Bank strategist Jim Reid in a note to clients on Friday.

The pain in Europe’s bond markets was not confined to shorter-dated debt, which tracks interest rate expectations. Instead, inflation-sensitive, longer-dated yields rose too, reflecting a fear that the ECB may struggle to get prices under control and will have to keep rates higher for longer.

Ten-year yields for heavily indebted Italy have increased almost half a percentage point since Lagarde’s comments, rising to 4.33 per cent, rekindling anxiety over how the central bank can jack up rates without punishing its weaker members. 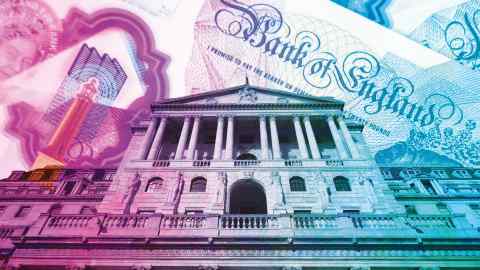 Both the Fed and the ECB slowed the pace of their monetary tightening, raising rates by half a percentage point apiece compared with earlier moves of 0.75 percentage points. Central banks in the UK, Switzerland and Mexico, also raised rates by a half-point on Thursday.

The softer pace was widely expected and had sparked hopes on both sides of the Atlantic that the two lead banks might soon begin to hint of an end, or at least a further easing of pace, in the rate rises that have crushed both bonds and stocks this year.

Fridays are often when investors trim positions and protect themselves from the risk of shock events over a weekend, so heavily downbeat trading on that day can imply deeper overall gloom.

There is however potentially still time for a so-called “Santa rally” to take place since it is traditionally defined as a rise in markets spanning the last five trading sessions of the year and the first two of January.

Quincy Krosby, a strategist at broker LPL Financial, said jittery markets could soon swing higher if investors drew even a glimmer of hope from any central banker comments or political developments in the coming days.

“The market doesn’t care when [Santa] arrives, just that he actually shows up,” she added.