Apollo’s Athene annuities business purchased $1.1bn in highly rated collateralised loan obligation funds sold by UK pension funds that faced an avalanche of collateral calls in the days and weeks after the unveiling of a “mini” Budget by former prime minister Liz Truss and chancellor Kwasi Kwarteng in late September.

The pension funds were highly invested in liability-driven investment strategies that use a variety of derivatives to increase exposure to UK government bonds, known as gilts, without necessarily owning them outright. When bond prices fell, counterparties demanded more cash as collateral to keep the arrangement in place.

Scott Kleinman, co-president at Apollo Global, said on an earnings call on Wednesday that Apollo’s Athene unit accounted for about a third of overall purchases of assets sold by UK pension funds. Kleinman said Apollo purchased mostly triple A and double A-rated CLOs that were marketed by funds seeking cash.

“There was nothing inherently wrong with the CLO tranches we were buying,” said Kleinman. “[They] happened to be the most liquid asset that those entities had to liquidate in order to cover their leverage and margin issues.”

Debt buyers who spoke to the Financial Times in recent weeks said Apollo was able to make these purchases because its Athene unit has lower return targets than traditional private debt funds, making the unit a good home for such distressed sales. Kleinman said Apollo’s purchases were made at an effective 8 per cent yield, a relatively high figure for the safest class of corporate loans.

Apollo also confirmed that it was finalising a purchase of Credit Suisse’s securitised products business, which is being partially sold off by the under-pressure Swiss bank. The unit would become the firm’s 14th different corporate lending platform.

Over the past 12 months, Apollo’s various lending platforms, which range from operations spanning equipment finance, mortgages and mezzanine real estate loans, have originated more than $100bn in debt, including more than $20bn during the third quarter.

“Something not fully appreciated is the changing role of banks, post Dodd-Frank. Many of the fixed income originating assets are the kinds of assets that in prior periods might have ended up on bank balance sheets. Securitisation is now how America banks,” said Apollo’s chief executive, Marc Rowan. “We estimate that less than 20 per cent of debt capital to US businesses and consumers is provided directly by the banking system.”

Rowan said he was enthusiastic about Apollo’s prospects as the firm expected global market volatility to benefit private capital firms. 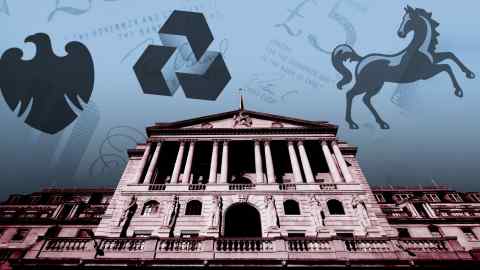 The New York-based group reported record quarterly fee-related earnings of $365mn, a proxy for the money it receives from base management fees, and adjusted net income of $801mn, slightly beating the consensus estimates of analysts polled by Bloomberg.

Assets under management at the group reached $523bn as the firm raised $34bn in new investor commitments during the quarter, including $13bn from its Athene annuities unit.

Though Apollo’s annuities, debt origination and credit investing businesses are growing quickly, the firm warned that fundraising for traditional corporate buyouts has slowed.

Kleinman said the firm’s next flagship buyout fund had raised $14.5bn in commitments towards a $25bn target it set a year ago. But Apollo will hold the fundraising through the first half of 2023 as investors slow their commitments to private equity funds due to an overexposure to private assets, pushing the closing into the new year.

What Is A Recession And How Will It Impact Your Investments?