How not to spoil your rich kids


As a teenager, Ellen Willmott would receive a £1,000 cheque each birthday from her godmother — a rich countess. That sounds a lot even now, but this was the 19th century. That annual gift was worth the equivalent of more than £125,000 today.

Willmott’s father was a wealthy lawyer and she persuaded him to lavish money on her various projects. These included creating a spectacular three-acre Alpine scene in their garden, featuring a 65-metre-long ravine.

As an adult she became recognised as one of the country’s greatest horticulturalists, with three spectacular homes and gardens — in England, France and Italy. But by 1907 she had blithely worked her way through inheritances worth tens of millions. As Sandra Lawrence writes in her recent book, Miss Willmott’s Ghosts, she died virtually bankrupt.

Would Willmott have been more prudent had she been taught financial discipline as a child? We do not know, but many wealthy parents worry that their children may follow a similar path.

The challenge of trust often lies at the heart of the conundrum of what to give your children. Can you trust them to spend sensibly? Will they have an “easy come, easy go” attitude to money you worked hard to earn?

Every family is different, and the personalities of givers and recipients must be considered. But over the years I have distilled some general principles on giving.

Try not to spoil the journey

Microsoft boss Bill Gates became a billionaire at the age of 31. He once told a British TV interviewer his children enjoyed a great education and would receive some money. “It’s not a favour to some kids to let them have huge sums of wealth,” he said, “because it distorts anything they might do creating their own path.”

Gates may have enjoyed extraordinary success for his effort, but I doubt he will ever forget the difficulties he overcame, the risks he took and the hours he worked. Therein lies the achievement and satisfaction. For most of us the journey is as important as the destination. Give enough to help them on the way, but not all the way — enough to kindle an interest or passion, but not so much as to smother it.

It can be hard not giving a young child what they want immediately when it may cost you just a few pounds. Yet helping them experience delayed gratification by making them save for something and wait builds their resilience to overcome financial challenges in adulthood.

You can also start early in managing their expectations. One client had a technique I particularly liked. If her children nagged for something expensive she would offer to contribute half the cost. They would have to pay for the rest out of their pocket money — or save for it. It was a good way to teach them the limits of parental generosity and test how committed they were to the purchase.

Giving money with a purpose can be helpful. My clients tend to support children and grandchildren with education and housing. They see private education as equipping the next generation to flourish. Later, a sizeable house deposit helps them benefit from the compounded savings on rent and the potential capital growth of a property.

It can also reduce their overall mortgage costs, a priority as interest rates soar. For someone placing a 25 per cent deposit on a £300,000 home compared with a 10 per cent deposit, some lenders offer a mortgage rate over 1 percentage point cheaper on a three-year discounted deal.

Large general cash gifts risk being spent in ways you do not like. Talk! Being open about inheritances — how they were earned and how wealth has cascaded down the generations — can help instil responsibility and awareness in the recipient and guide spending choices.

There are simple ways to put controls on a gift. If you help fund a junior Isa it cannot be accessed until the child reaches adulthood. Lifetime Isas are automatically earmarked for the purchase of a first home or retirement, with penalties for early withdrawal. And money into a pension is only likely to be accessible when the beneficiary reaches at least 57.

For bigger gifts, discretionary trusts can help. They may be able to help you take decisive action for inheritance tax planning purposes, but with flexibility and control over who benefits, how and when.

Family investment companies have become popular, but should be contemplated with care. Often they are launched with the best intentions, but your son and daughter may not want to run a firm together — nor their spouses. What starts out as The Waltons can end up more like Succession. Control can be sensible but needs to be appropriate.

Don’t extinguish your own flame

Be generous to yourself before giving generously to your loved ones. Giving sacrificially can lead to resentment if you perceive the money to be squandered. Assess your own needs. Look at what you want to do with the rest of your own life and try to calculate what that will cost. You are entitled to see out your days with your heart on fire, following your own passions. This may include giving philanthropically. 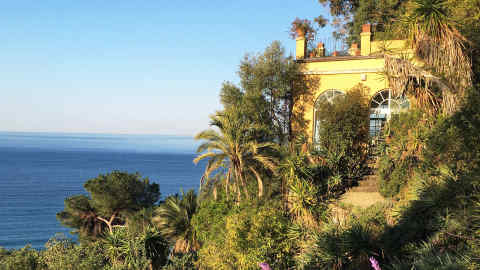 Hopefully, if you can do that you will be less stressed about how your children and grandchildren spend any surplus you give them.

Despite often being unwilling to give money while alive, many people leave everything to their children in their will without any planning. The risk then is that their estate is hit with a big inheritance tax (IHT) bill. It seems much smarter to give early, when the gifts may have most value, and to give gradually. This can reduce your IHT, but don’t let tax mitigation dominate your thinking.

The question I am never asked is: “How do I make my children happy?” To me that seems to be the most important focus for anyone considering a gift. Your children or grandchildren may not spend your money as you would, but does that matter? They say you are only as happy as your unhappiest child. Focus on making your children happy and you may be happier, too.

You Won’t Pay For Medicare Vaccines In 2023