Chinese fast-fashion retailer Shein has shed up to one-third of its value in private markets in recent months after reaching a valuation of more than $100bn earlier this year, said people briefed about the matter.

The rapidly expanding retailer, which sells cheap clothes and lifestyle products targeting Gen-Z shoppers mainly in the west and the Middle East, has been valued at $65bn-85bn in private markets, according to three people with knowledge of the situation.

The cut-price share sales come as venture capital and private equity funds are trying to liquidate capital following a rout in global equity markets, which has been particularly bruising for tech companies.

One individual said that recent trades on the private market — where prices are not disclosed publicly — valued the company at between $70bn-85bn, with large share blocs selling at a discount. They said about $200mn worth of shares had sold at a $70bn valuation.

Another individual said that $100mn worth of shares were sold in recent months which valued the company at $65bn.

Shein was valued at just above $100bn in a fundraising round in April, according to three people with direct knowledge of the matter, making it the world’s third most valuable private company, behind ByteDance and SpaceX. Only two years ago, the company was valued at $15bn.

A Shein spokesperson said: “There have been no company authorised transactions since April, including any secondary market transactions which would require prior company approval.”

“They have been badly hit, just like pretty much every other ecommerce company around the globe,” said a person who turned down investing in Shein at a discount of about 30 per cent. “I don’t think there is something fundamentally wrong with the business . . . it was probably overvalued earlier this year,” the person added.

Started in the eastern Chinese city of Nanjing, Shein has been one of the fastest-growing companies to emerge from China after a regulatory crackdown by Beijing stunted growth in its once flourishing internet ecosystem. Shein has recorded explosive growth in the west, where its cheap and stylish clothing has been a big hit with young shoppers flocking to TikTok for the latest fashion trends.

One person close to the company’s management said the ecommerce group was appealing to investors because of its perceived immunity from Beijing’s regulatory pressure. They said that since Shein’s customer base is outside China, the company would not face the same scrutiny over data and consumer protection issues as ecommerce players Alibaba and JD.com, which sell primarily to local consumers. 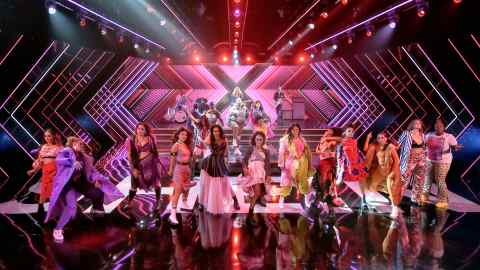 Several global venture capital investors have suffered huge losses after pumping a record amount of cash into tech start-ups in 2021 at sky-high valuations.

One investment banker in Hong Kong said Shein had been caught up in selling pressure as funds tried to reduce their equity concentration. “Everything is down 20 to 40 per cent,” the person said.

The drop in tech values has been partly due to growing expectations of a US recession, induced by the Federal Reserve’s monetary tightening designed to tame fast-rising inflation.

But one retail analyst at a large Wall Street Bank said fast-fashion retailers such as Shein faced unique “headwinds” this year, with high inflation and weak consumer confidence in the west. The analyst noted that the increase in the price of raw materials and transportation costs would eat into the industry’s razor-thin margins.