US mergers and acquisitions activity has dropped 40 per cent year on year in volume terms but dealmakers hope the strengthening dollar will drive a flurry of activity in the coming months as buyers snap up cheap assets in the UK and Europe.

Just $1.2tn worth of transactions have been agreed in the US so far this year, according to data from Refinitiv. That is the slowest nine months since the start of the coronavirus pandemic in 2020, which preceded a boom in dealmaking. By comparison, M&A volume was down by 30 per cent in the Asia Pacific and 25 per cent in Europe for the same period.

However, US dealmakers find themselves in a strong position for cross-border transactions as Britain and Europe grapple with a cost of living crisis and a war that is much closer to home.

Guy Hayward-Cole, head of Europe, Middle East and Africa advisory at Nomura, said the sharp drop in sterling in recent weeks creates an opportunity for many US buyers. “If you thought that UK stocks were cheap beforehand, well then for anyone who’s got US dollars to spend it’s become very cheap,” he said. 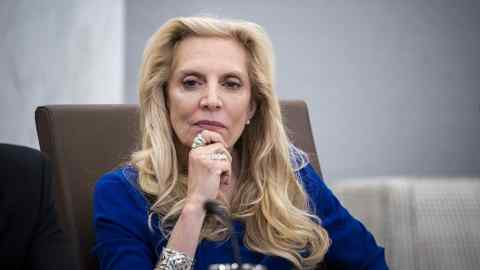 However, he cautioned that buyers may want to bide their time. “As the UK outlook becomes so uncertain will it hold back from buying or will it actually attract bargain hunters? For strategic buyers, this could be a very interesting and opportune time to make a move on companies that they’ve always liked,” he said. “Other people will want to sit back and watch what happens for a bit.”

Global M&A is down 34 per cent from the same period last year to $2.7tn in the nine months to September. Dealmakers struck $642bn worth of deals in the third quarter, breaking a historic run for M&A where global transactions exceeded $1tn for eight consecutive quarters.

“As the global economy has been hit by serious headwinds, M&A activity has been a prime casualty. Interest in consolidation continues in many sectors so we are busy, but getting deals across the finish line at the moment is truly challenging,” said Frank Aquila, senior M&A partner at Sullivan & Cromwell.

Private equity firms, once a bright spot for softening M&A markets, are facing their own reckoning as financing conditions tighten and hamper their ability to get large deals done. Globally $642bn in buyouts have been struck through the first nine months of this year, a 26 per cent decline.

At the outset of the year, a string of large deals, including the privatisations of Citrix for $16.5bn and Nielsen for $16bn, signalled that buyout volumes might again surpass $1tn. Elon Musk’s $44bn buyout of Twitter bolstered expectations, though the South African billionaire is now waging a legal battle to back out of the takeover.

Sharply rising interest rates amid soaring inflation and the war in Ukraine has instead made it hard for banks to sell financing packages for these takeovers, crimping their ability to make new loans.

The third quarter was the lowest volume of institutional loan issuance since 2009 and was off 85 per cent from this time last year, said Michele Cousins, the Americas head of leveraged finance at UBS.

Earlier in September, a group of lenders led by Bank of America and Credit Suisse sold $8.55bn in debt to finance the Citrix takeover at large discounts, absorbing over $600mn in losses while retaining the riskiest pieces of the overall $15bn financing.

The poor debt sale has soured expectations that banks can clear their inventory of unsold financing commitments by year end and open their capacity to make new loans.

“Both sponsors and strategics are remaining active, but their bar is higher as growth expectations recalibrate,” said Joshua Easterly, co-president of Sixth Street Specialty Lending.

A bright spot for dealmakers is demand for acquisitions among companies owned by private equity firms. David Mussafer, managing partner at Advent International, told the Financial Times he has asked companies to outline M&A targets by their next board meeting.

“Our message to portfolio companies has been, come back and give us your three best acquisition ideas,” said Mussafer, whose firm closed a $25bn fundraising in May.