US private equity group Silver Lake has increased its stake in the parent company of Manchester City Football Club, making it the second-largest shareholder in the business behind its Abu Dhabi owners.

The Silicon Valley-based firm acquired a 4.1 per cent share in City Football Group from China Media Capital, taking its total holding to 14.5 per cent.

Silver Lake, which made a name for itself as a tech investor, has been stepping up its bets on the sports industry, with investments ranging from football and rugby to baseball. This latest deal strengthens its ties to Abu Dhabi’s royal family and Sheikh Mansour bin Zayed Al Nahyan, the billionaire royal who acquired Manchester City in 2008 and established CFG five years later.

CFG is now one of the biggest sport club owners in the industry, with investments in football clubs ranging from Australia and Japan to Uruguay and the US. Silver Lake bought its original 10 per cent stake in CFG for $500mn in 2019, valuing the business at $4.8bn.

Silver Lake’s growing sports portfolio shows how the balance of power in the industry is changing as private equity groups and billionaires acquire clubs and invest in leagues.

In June, it won approval to invest NZ$200mn in New Zealand Rugby, the organisation behind the All Blacks team, following its acquisition of a minority stake in the Australian Professional Leagues football group.

It is also a shareholder in sports merchandising company Fanatics and in Endeavor, the New York-listed owner of Ultimate Fighting Championship, the mixed martial arts series. In August, it bought Diamond Baseball Holdings, which owns a numbers of clubs in the sport.

The private equity firm has formed deep ties with Abu Dhabi. Mubarak is chief executive of Mubadala, an Abu Dhabi sovereign investment fund that took a stake in Silver Lake in 2020. The following year, Silver Lake paid about $800mn for a stake in G42, an artificial intelligence and cloud computing group with links to Abu Dhabi’s ruling family. 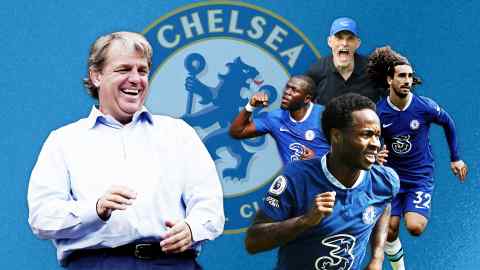 Chinese investors had bought into a series of European football clubs but many made for the exit after Beijing tightened capital controls in recent years.

Under CFG ownership, Manchester City has won the English Premier League five times and this year overtook rivals to top Deloitte’s annual ranking of the highest revenue-generating football clubs in the world.