A Christian faith-based exchange traded fund provider has removed all environmental, social and governance labels from its suite of products after claiming that “intolerant liberal activists” have “weaponised” the concept of sustainable investing.

Inspire Investing, which changed the names of four of its exchange traded funds to label them as ESG funds as recently as March, said in an article on its website that it had decided to renounce ESG because “hard-left activists were seeking to strong-arm companies into acquiescence with their extremist policies” on ESG issues.

“ESG has become weaponised by liberal activists to push forward their harmful, social-Marxist agenda,” said Robert Netzly, the founder and chief executive of Inspire, which has $2bn in assets under management.

The eight ETFs affected by the name change will continue to follow the same investment strategy as before and to use their existing tickers for identification.

Inspire’s decision to distance itself from ESG highlights the increasing politicisation of sustainable investing, particularly in the US, where a backlash is gaining momentum in Republican-led states.

“Corporate power has increasingly been utilised to impose an ideological agenda on the American people through the perversion of financial investment priorities under the euphemistic banners of environmental, social, and corporate governance and diversity, inclusion, and equity,” said Ron DeSantis, Florida’s state governor.

Inspire adopted the term “faith-based ESG” in 2019 to describe its biblically responsible approach to investing, which scores companies negatively if their primary revenue is derived from alcohol, tobacco, gambling, pornography or cannabis. Companies also score negatively if they support abortion, in vitro fertilisation or LGBT rights.

Inspire’s approach to investing is designed to appeal to the US’s large and politically influential communities of evangelical and conservative Christians, who are becoming increasingly influential politically.

But Inspire’s biblically based methodology led to the company being criticised by the media and blocked from databases of ESG investment options, according to Netzly. 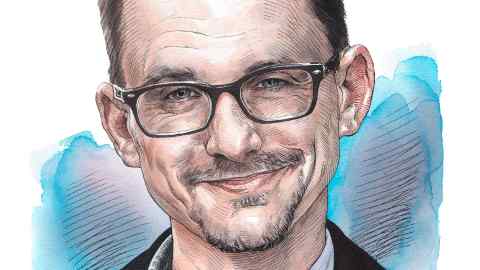 “We did not ask for a fight, but we will never stop defending what is right and true so long as God gives us breath in our lungs and assets in our funds,” said Netzly.

The Securities and Exchange Commission has proposed rule changes to prevent investors being misled by fund labels such as ESG.

Netzly said Inspire expected to be at odds with the SEC if the regulator decided to define ESG in a way that was contrary to biblical values.

“We don’t want to be stuck in a hard place,” he added.

“Some of the key tenets of [Inspire’s] strategy often seem at odds with modern-day interpretations of ESG and sustainable investing,” said Alyssa Stankiewicz, associate director of sustainability research for Morningstar, the fund data provider.

Deborah Fuhr, founder of ETFGI, a consultancy, said she was not aware of any other US ETF providers choosing to remove the ESG label from the name of their funds.

“Trying to tie religion to the way people invest is more a niche offering,” said Fuhr, adding that several other religious themed ETF launches had folded after failing to gather sufficient assets to remain viable.

Social Security Is Our Best Hope To Protect Worker Security–Let’s Expand It, Not Cut It.