Do-it-yourself investors have put 7 per cent more money into newly-issued shares for listed companies on the London markets in the year to the end of May compared with the same period in 2021, according to broker Interactive Investor.

The sustained growth in retail participation in these secondary fundraisings comes despite a dreadful year for new listings, as companies have put off plans to go public amid market turbulence.

Retail investors have historically had little opportunity to participate in company fundraisings on the same terms as institutional investors. The steady flow of investment into share issuances this year comes amid a concerted effort to make it easier for DIY investors to participate in this part of the UK capital markets, opening up new sources of capital for companies.

“New technology, alongside regulatory scrutiny, means that public companies have every reason to include individuals when raising capital . . . But too many deals remain institutional only, particularly UK IPOs,” said Anand Sambasivan, chief executive of PrimaryBid, a platform that lets retail investors join company fundraisings.

Interactive Investor’s data show that fundraisings that were open to its clients collectively raised £775mn of newly-issued stock from listed companies in the year to the end of May, an increase of 7 per cent from last year. In contrast, purchases of shares that customers were invited to participate in as part of an IPO fell 84 per cent to just £56mn. 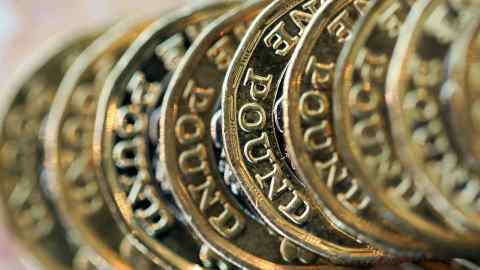 The data from Interactive Investor, the second-largest UK platform with a one-fifth market share, suggests other retail savers have also increased their purchases of new issues.

The persistent retail appetite for new shares comes as industry players are doing more to open up access to IPO and fundraising. Hargreaves Lansdown and AJ Bell, two of the largest platforms, last week announced a deal to connect customers with a fundraising service run by broker Peel Hunt.

“The growing number of engaged retail investors in the UK should be viewed as an attractive source of capital,” AJ Bell chief executive Andy Bell said at the time.

So far in 2022, there have been 22 fundraising deals that included retail investors, according to PrimaryBid data. The number of such deals in the first half is much lower than the 112 transactions completed in the full year 2021. However, the first six months of this year saw more retail-friendly deals than all of 2019, attesting to the increasing openness of these transactions to do-it-yourself investors.

According to Interactive Investors data, much of this year’s fundraising has gone to investment trusts focused on alternative assets. “It is predominantly the investment trust industry that is keeping the show on the road . . . With the current inflationary backdrop, investors are increasingly looking for alternative income with some inflation protection built in,” said Lee Wild, head of equity strategy at Interactive Investors.

Despite the growth in direct retail participation in company fundraisings, Interactive Investor’s chief executive Richard Wilson would like to see the government do more to boost access. “We are supportive of the government’s work to enhance the rights of retail investors. However, without prescriptive rules, enshrined in legislation, retail investors will remain marginalised in key areas,” Wilson said, in a letter to Treasury minister John Glen.

Among the measures Wilson would like to see enacted are rules to make sure documents, like prospectuses and AGM resolutions, are written in “plain English” because “legalese disenfranchises retail investors”.