US antitrust regulator Lina Khan has vowed to take a muscular approach to regulating private equity dealmaking, warning of “life and death consequences” when buyouts place large sections of the economy under the control of Wall Street.

Khan, who took over as chair of the Federal Trade Commission last year after emerging as a leading critic of the technology industry, said she would explore how to improve the agency’s toolkit to heighten scrutiny of buyout-backed mergers.

Regulators should be “sceptical”, when private equity funds seek to absorb businesses divested by companies that are merging, she said, a concession often demanded by government agencies in exchange for consenting to a deal that could otherwise stunt competition.

Her remarks took aim at powerful Wall Street groups that gained notoriety for breaking up the conglomerates that controlled large swaths of US industry in the 1980s, only to become corporate empires in their own right.

Millions of Americans are employed by private equity-owned companies, some of which have become industry leaders by absorbing dozens of smaller companies. Some regulators believe they have been blindsided by those transactions because they rarely look beyond the economics of a single deal.

“You can miss the bigger picture,” Khan said in an interview with the Financial Times. “Every individual transaction might not raise problems, but in the aggregate you’ve got a huge private equity firm controlling, say, veterinary clinics. So that’s a concern.”

While antitrust regulators have long focused on pricing power as potentially harmful consequences of industry concentration, Khan said her agency had been alarmed by empirical research showing that private equity acquisitions degrade the lives of ordinary Americans in more tangible ways.

“In nursing homes, we saw an increase in the mortality rate after private equity buys them,” she said. “There are just very real life and death consequences . . . that require us to take it very seriously.”

Khan’s comments marked the second time in only a few weeks that a top official in Joe Biden’s administration has taken aim at the $6tn private equity industry.

Jonathan Kanter, head of the US Department of Justice’s antitrust division, told the FT last month that Wall Street groups aiming to “hollow out or roll up an industry and essentially cash out” would face consequences for pursuing a “business model [that] is often very much at odds with the law”. 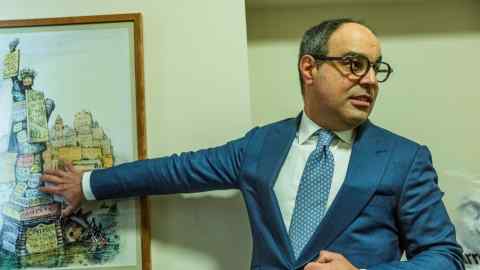 Legal experts said the two antitrust agencies would probably face legal battles as they sought to overhaul a decades-old competition policy consensus that size does not matter as long as prices remain competitive.

Some corporate lawyers said they were already in discussions with clients who feared they might be among the targets of newly assertive regulators in Washington.

But Khan signalled that she would not be deterred. “The world of private equity is only likely to get a lot bigger,” she said. Regulators, she added, need to “improve our tools [such as merger guidelines] to go after this in a more muscular way”.