The share of older UK workers planning to carry on working in their retirement has nearly doubled in two years due to rising living costs and insufficient pension savings, according to a survey from Abrdn.

The investment manager’s stark findings underscore the impact of soaring energy and food prices on household budgets, which is pressuring people’s finances as inflation hits a 30-year high.

Surveying people planning to retire in 2022, Abrdn found that 66 per cent of respondents proposed to continue with some form of employment beyond retiring, up from just over 50 per cent in a similar study last year and only 34 per cent in 2020.

The study, carried out at the end of 2021, before the Ukraine war delivered a further blow to energy and food supplies, comes in the same week as Andrew Bailey, the governor of the Bank of England, warned Britons of a “historic shock” to their incomes as a result of spiralling inflation and rising energy prices. 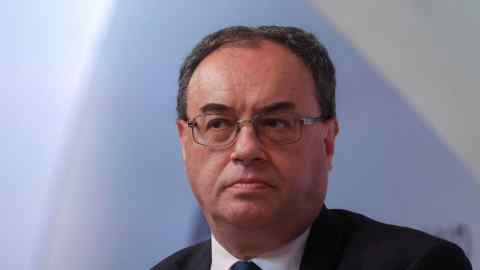 Insufficient funds was cited in the Abrdn report as the main driver for the decision to keep working in later years. “Only a quarter of this year’s retirees feel very confident they have saved enough to fund their retirement,” the report said. In last year’s survey nearly a third of respondents felt they had saved enough to retire.

The sharp increase in costs has hit confidence as investors expect the squeeze to last. Abrdn estimates that retired adults need an additional £1,561 more annually than their state pensions to maintain a minimum standard of living. “The rising cost of living is a key factor in this drop in confidence,” the study said.

The pandemic and inflation are already forcing pensioners to change their minds. The survey found that as well as the 51 per cent of people in last year’s poll who intended to keep working, a further fifth have changed their plans and returned to part-time work. “While work wasn’t originally part of the plan for many of the Class of 2021, plans have changed for some since retiring,” the report said.

The impact of spiralling prices on pensions was highlighted in a separate study from Interactive Investor, a savings platform, which found that those relying only on their state pensions could face an annual shortfall of £1,000 due to energy prices mounting.

The Pensions and Lifetime Savings Association calculated that a single individual needs at least £10,900 a year to achieve a minimum standard of living. The current state pension stands at £9,339, leaving a significant shortfall that needs to be filled with savings or privately funded pensions.

“The average energy bill rise this year is expected to hit £693 — more than three times the increase in the basic state pension,” Interactive Investor’s study said.

According to the latest Great British Retirement Survey from Interactive Investor, 70 per cent of renters in the UK think their pension savings will not even cover their housing costs.

“Gone are the days when everyone had a set date or a set age from which they’ll never work again,” said Colin Dyer, client director at Abrdn Financial Planning.