Global financial transactions are facilitated mainly by payment processors such as Visa or Mastercard. They are responsible for communication between banks and fintechs to settle transactions for consumers and businesses swiftly.

Africa has it different. It’s not a predominantly card continent. Telecoms and banks lead the majority of online financial transactions carried out in the region via mobile money wallets and bank accounts. But here’s the challenge: While both systems tend to work well when users make transactions within their unique environment, there’s no interoperability for transactions between them.

An alternative payment network with connected wallets allowing a mobile money user to transact with a bank account would fix this problem, and that’s the premise of Ghana-based fintech Dash. Today, the unified payments app is announcing that it has raised $32.8 million in an oversubscribed seed round.

Founder and CEO Prince Boakye Boampong started the company in 2019. Before Dash, Boampong was the co-founder of OMG Digital, a YC-backed Ghanaian media startup he started alongside Jesse Ghansah — the current CEO of Float— in 2016.

Two years before that, Boampong traveled to Kenya and was fascinated by how unbanked Kenyans sent and received money while paying bills with mobile money, a system of payments pioneered by Safaricom’s M-Pesa, which has close to 30 million customers. But having come from a mobile money background himself, being Ghanaian, Boampong experienced how interoperability posed a challenge within and outside mobile money systems.

“I was blown away by the ubiquity and convenience of mobile money in 2014 when I visited Kenya for the first time. However, there are over 200 mobile money wallets and 100 banks across the continent that [do] not work with each other,” the chief executive officer told TechCrunch.

Here’s what that means: A Kenyan who uses M-Pesa and travels to Ghana finds it difficult to send money to a Ghanaian who uses MTN Ghana because both mobile money operators don’t permit transactions between each other.

Similarly, a Nigerian or South African with a bank account cannot make transactions with an M-Pesa mobile money account or an MTN Ghana account due to the difference in payment ecosystems. Thus, when they travel, they’d need to swap currencies or get necessary bank or mobile money accounts that work outside their home countries.

Dash’s alternative payment network brings together this mobile money and traditional banks and facilitates transactions for consumers and businesses. It doesn’t aim to replace mobile money or banks. Instead, its wallet allows users to access a plethora of services they can’t find on their traditional provider.

“We’re building this interoperability so a Kenyan traveling to Ghana or Ghanaian travelling to Kenya would be able to pay for stuff without having to change currencies or setting up accounts when they touch ground,” Boampong said. “We’re taking a page from AliPay and PayTm by building features that will make the lives of our users easier without having to switch from different providers.”

Dash’s playbook is similar to Visa or Mastercard, routing payments through banks and telcos regardless of who issued it. So, users from different countries — Ghana, Nigeria and Kenya, for now — can connect their bank or mobile money accounts to Dash, pay bills, and send and receive money to other users while the platform handles currency conversions. 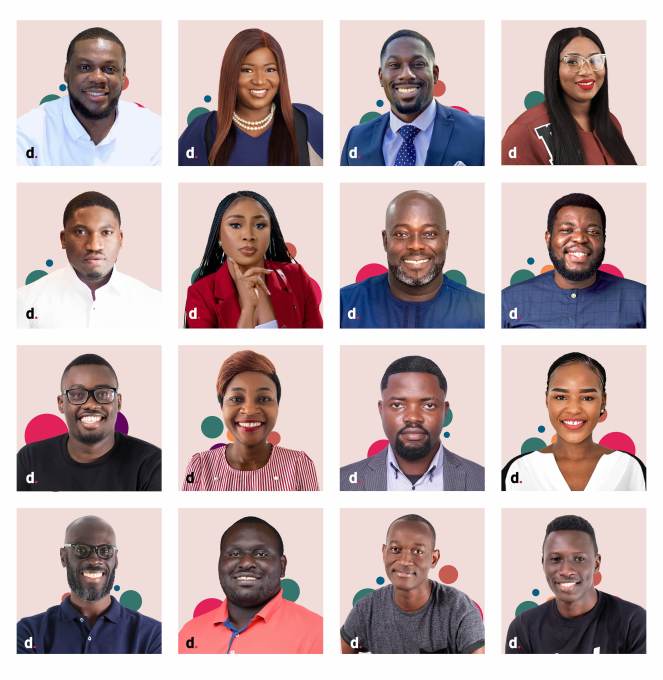 Dash claimed to process over $300 million in TPV in January, up 300% monthly from Q4 2021. In total, it has processed over $1 billion since its launch in 2020 from 1 million customers the company has acquired from Ghana, Kenya and Nigeria, Boampong said.

These numbers indicate the tremendous growth from last October, when Dash first closed its seed round before re-opening after rising investor interest. At the time, the Ghanaian fintech was raising $8 million–a large seed in its own right–and had acquired just a little over 200,000 users with transactions reaching $250 million.

The pace at which Dash managed to quadruple the size of its initial investment in the space of five months is intriguing. That said, for some investors and onlookers, $32 million is an incredibly large seed that could cause more harm than good for a three-year-old company. But Boampong disagrees.

“For most products, it’s either you are figuring stuff out, or you figured it out. We were kind of caught off guard with the crazy growth in a very weird way. We didn’t prepare for the growth, so when it happened, we raised more money to meet that demand and we believe it can only get better,” he said, attributing the company’s mammoth seed raise to a 5x boost in customer base and transaction volume.

Dash’s seed round, led by New York-based Insight Venture Partners, is one of the largest of its kind in Africa; only PalmPay’s $40 million tops it at the moment. The round, which comes after a $500,000 pre-seed, continues a list of fintech deals amid a wave of innovation rippling through the sector, which accounted for up to 60% of Africa’s total VC funding last year.

This deal is also noteworthy because it takes attention from Nigeria, Africa’s hottest fintech ecosystem, to neighboring Ghana, where venture capital raised by its startups reached a meager $167 million last year.

Other investors in the round include Global Founders Capital and 4DX Ventures. They participated alongside ASK Capital, Techstars, Guillaume Pousaz’s Zinal Growth Partners, Jitendra Gupta of Jupiter Money, Amrish Rau of Pine Labs, the founders of Moss, executives from ProcessOut and the founders of PennyLane.

The funding will help the Techstars-backed company expand to new markets such as Tanzania and South Africa, get the licenses needed to operate there, build out its team, invest in technology and launch new features.

The Complex Formulas Of Responsible Investing

Seven Must Reads for the CRE Industry on March 8, 2022