Households are increasingly feeling the effects of inflation on their personal finances, leading some to spend their savings to cope with big rises in the costs of energy, food and fuel.

Four-fifths (81 per cent) of adults quizzed in a regular official survey last month said their cost of living had risen over the month, up from 62 per cent of adults in November.

The research, published on Friday by the Office for National Statistics, suggested inflation — which hit an annual 5.5 per cent in the January consumer prices index — is affecting people’s ability to pay for essentials. One in five (22 per cent) are spending their savings and 21 per cent of under-50s are borrowing more on credit cards or loans to manage their cost of living.

The most common cost rises reported by those surveyed were in the price of food (92 per cent), gas and electricity bills (80 per cent) and the price of fuel (76 per cent). Energy bills are set to rise in April, when the regulatory price cap will jump by 54 per cent, pushing up the average bill to £1,971 a year.

One in five said they were raiding their savings, rising to over one in four (27 per cent) for the under-30s age group.

The ONS survey also asked its 4,500 respondents how they would cope with an unexpected but necessary bill of £850. Fewer than six out of 10 (59 per cent) said they would be able to pay it.

Regular earnings went up by 3.6 per cent in the quarter to December 2021, implying a real-terms pay cut after accounting for higher inflation.

The cost-of-living crisis triggered by inflation and the energy crunch is only set to worsen, according to forecasts by consultancy Capital Economics. 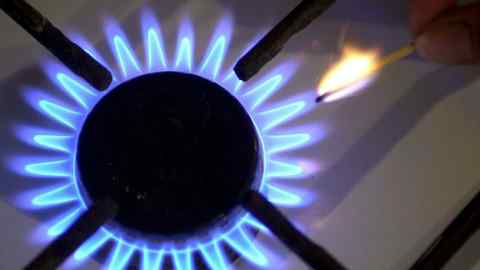 “The rise in energy prices that has resulted from the war in Ukraine means inflation will be higher for longer, spiking at over 8 per cent in April,” said Andrew Wishart, an economist at Capital Economics, on Thursday. The consultancy suggested inflation would fall back to 5 per cent by December 2022, compared with 4.4 per cent in its previous forecast.

Savings made under lockdown, when pandemic restrictions limited the opportunities for spending on leisure activities, travel and restaurants, meant more people had extra cash as prices soared. But Sarah Coles, senior personal finance analyst at Hargreaves Lansdown, said this was “not a long-term solution”.

The high proportion of respondents under the age of 50 saying they had turned to borrowing to make ends meet was a further worry.

Coles said: “It’s never a good idea to borrow to pay the bills. It feels like an easy solution, but you’re actually adding to the problem, because next month you’ll still have the same impossible bills, but you’ll have debts and interest to cover too.”

Berkshire has a moment | Financial Times

How Online Tools Can Help You Manage Your Money In Retirement