Everybody knows that investing in emerging markets generally carries more risk than putting your money to work closer to home. Still, few of us were prepared for the Russia war shock.

Take for example people invested in the Russia fund run by asset manager Liontrust, which suspended dealings and said tersely: “We believe this is in the best interests of all investors given the events of the past few days.”

Altogether, more than 20 Europe-based Russia-focused equity funds have suspended dealings over the crisis, according to Fitch, the rating agency. And there will be more, as the west’s unexpectedly tough sanctions bite. The battered Moscow stock market, closed for a week, is set for a brutal fall as and when it reopens.

The coming plunge will be exacerbated by the decision of MSCI, a leading index company followed by thousands of tracker funds, to drop Russia from its popular emerging markets index because the country is now “uninvestable”.

With rivals taking similar action, fund managers tied to these indices will be forced to sell. MSCI said ominously that it would remove Russian securities at a price “that is effectively zero”. Soon afterwards, the London Stock Exchange suspended 27 London-listed Russian-linked companies.

The crisis highlights the dangers of emerging markets: these economies generally offer better growth than the developed world, creating bigger opportunities for companies and their shareholders.

But just as the promised rewards are greater, so are the risks. Emerging economies have less developed financial, legal and political systems than the advanced countries of Europe, North America and Japan. They can therefore be more vulnerable to shocks, up to and including war.

The classic response is to diversify. Don’t buy one emerging market but a range. For retail investors this normally means buying broad emerging market funds, active and passive.

This tends to mitigate risk. After Russia’s military attack, Moscow’s RTS index plunged 24 per cent before it closed a few days later.

But the MSCI emerging markets index, which includes 25 economies, was down only 3 per cent late this week. It has been supported by resilience in Asia, seen as distant from the conflict. 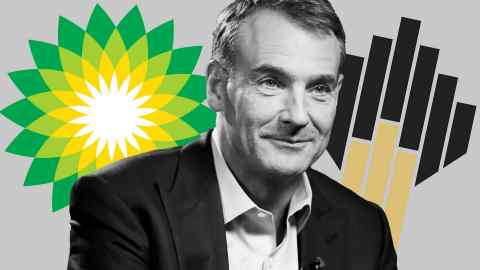 However, there is a fly in the ointment. Modern investors are more focused than previous generations on wanting their money to bring wider benefits — and fulfil the environmental, social and governance (ESG) agenda.

Most emphasis has been placed on the E of ESG. But the Russia/Ukraine crisis highlights the importance of S and G. In normal times, this translates into concern about workers’ pay, safety and boardroom transparency. But the picture now is more dramatic; the focus is on war.

Western companies are pulling out of Russia, out of a mix of commercial and political reasons. BP has made the biggest move, announcing plans to sell its 19.75 per cent stake in Rosneft, the state-controlled oil group, at an eye-watering cost of $25bn.

Some portfolio investors who saw trouble ahead cut their exposure before Moscow went to war. Abrdn, the investment house, this week disclosed it had cut its Russian positions in recent weeks to about £2bn, or 0.5 per cent of its total assets.

Clearly, retail savers who guessed which way the winds were blowing could have done the same. But private investors don’t follow the markets closely enough to respond fast. We are repeatedly told by professional advisers to avoid trying to spot market turns and rely instead on invest and hold. True as this is for markets in general, it is especially relevant for emerging markets, where the information is harder to assess than for FTSE 100 companies.

But what about acting well ahead of time? In other words, deciding to avoid emerging markets with oppressive and belligerent leaders as a matter of principle — for financial or ethical reasons, or both.

On the face of it, this sounds good. Take the MSCI emerging markets index’s 25 economies. You might have easily cut out Russia, at only 2 per cent of the index, without seriously limiting your diversification.

But would you drop China because it’s an authoritarian state attacking the human rights of Muslim Uyghurs? Reject Saudi Arabia for the brutal killing of journalist Jamal Khashoggi? And what about countries such as Nigeria, classed as very corrupt by watchdog Transparency International?

Very soon, you will have few economies left. A cleanish list of emerging markets might include Poland and other eastern European EU members, plus Chile, Taiwan, South Korea and South Africa.

You might feel more comfortable. And a selective approach to the developed world would also be in line with the idea that the concept of emerging markets as a group is in any case passé.

Their alleged coherence was always a bit of a marketing myth, one undermined by the 2008 global financial crisis, which exposed gaps in performance, debt levels and structural reforms.

Investing in individual emerging economies is not in itself difficult. There are many country-specific funds including passive and actively-managed vehicles available at the click of a button. JPMorgan, BlackRock and Schroders all have plenty, for instance.

If you choose to play safe by investing in eastern European EU states, you’d then be rejecting the higher growth potential of less predictable economies such as Brazil

Specialist funds are proliferating. Regional vehicles for eastern Europe or South East Asia, for example, and thematic funds such as emerging markets ESG funds for companies meeting ESG criteria (they don’t assess countries as such). Killik, the wealth adviser, rightly says emerging markets are “still too often viewed under a single lens”.

But still you have to take care. The MSCI Emerging Markets ESG Leaders Index had, at the end of January 2021, a weighting of 1.2 per cent to Gazprom, the state-controlled Russian oil company. How does that qualify for E, S or G?

The choices are hard. If you choose to play safe by investing in eastern European EU states, you’d then be rejecting the higher growth potential of less predictable economies such as Brazil. For some strategists, the whole point is to find the hidden diamond, even in the toughest ground. Tim Ash, a strategist at BlueBay, an asset management company, says: “Ukraine could be a very positive investment and ESG story — if it survives.”

Time-poor investors who still like emerging markets may have to compromise. Russia will now be excluded from the significant indices, but even if it were not, 98 per cent of your money would be going elsewhere.

Avoiding China would be much harder, as it is 32 per cent of the MSCI, so a stake in an MSCI tracker is a stake in the Middle Kingdom. But remember that another 40 per cent of the index is in three democracies: Taiwan, South Korea and India.

If you really want to have nothing to do with China, stay clear. But to be consistent you will also avoid anything made in China, which would make life very difficult. If you’re ready to take a more balanced approach, don’t turn your back on the broad emerging market funds quite yet.

An ESG case for defence companies?

What You Need To Know Now