Two top Federal Reserve officials said the US central bank should launch a steady string of interest rate increases beginning in March, in a bid to damp demand and bring down inflation.

Lael Brainard, a Fed governor who has been nominated to serve as its vice-chair, said on Friday that it would be appropriate for the central bank to “initiate a series of rate increases” beginning at its meeting next month. Financial markets were “clearly aligned” with that move, she added.

Brainard’s comments, delivered at an event hosted by the University of Chicago Booth School of Business, echoed those from John Williams, president of the Federal Reserve Bank of New York, earlier on Friday.

“With today’s strong economy and inflation that is well above our 2 per cent longer-run goal, it is time to start the process of steadily moving the target range back to more normal levels,” he said.

As members of Fed chair Jay Powell’s inner circle, Brainard and Williams’ views carry significant weight as senior policymakers engage in a heated public debate about what the central bank needs to do to counter inflation.

Their latest guidance comes amid substantial uncertainty about the pace at which it should be moving away from the ultra-stimulative monetary policy settings that have been in place for two years since the onset of the coronavirus pandemic.

Williams told reporters that he does not see a compelling argument for a “big step” in March, but said the tightening process should occur faster than last time, when the Fed first adjusted in December 2015 and then waited a year to deliver a second quarter-point increase.

James Bullard, president of the St Louis Fed and voting member on the Federal Open Market Committee, has been one of the most vocal advocates for “front-loading” the interest rate increases. He has called for the federal funds rate to be 1 percentage point higher from its near-zero level by July.

Bullard has also previously signalled his support for a larger than usual half-point interest rate rise next month — although he said he would defer to Powell on the issue.

Several Fed officials have pushed back on the need for such a move, including Esther George of Kansas City and Loretta Mester of Cleveland. Mary Daly of San Francisco has instead called for a “measured” approach to lifting the fed funds rate to a level consistent with slower economic activity.

Market expectations for a half-point interest rate increase in March dropped substantially on Friday after Williams spoke, suggesting investors have revised their view on how aggressive the Fed will be. Roughly six quarter-point increases are pencilled in for this year.

Williams acknowledged that inflation, which has reached its fastest pace in four decades, was hovering at a level that was “far too high”, and said monetary policy had an “important role to play” in helping to tame it.

“Demand for goods and some services is now far outstripping supply, resulting in elevated inflation,” he said. “With the labour market already very strong, it’s important to restore the balance between supply and demand and bring inflation down.” 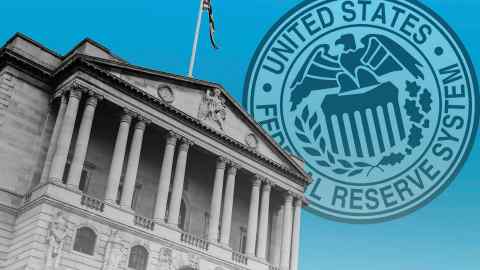 Divisions within the Fed are even sharper over the balance sheet, with some officials making the case for outright asset sales of agency mortgage-backed securities and others preferring a more methodical reduction by no longer reinvesting the proceeds of maturing securities. The Fed has not yet specified when the process will begin and how quickly they will proceed.

Brainard said it would be appropriate for the Fed to begin reducing its $9tn balance sheet “in coming meetings”, while Williams said the Fed should do so “steadily and predictably”, starting later this year.

“Taken together, these two sets of actions — steadily raising the target range for the federal funds rate and steadily bringing down our securities holdings — should help bring demand closer to supply,” he said.

Williams’ comments followed remarks from Charles Evans, president of the Chicago Fed, who said at the same Chicago Booth event that the current inflation situation warrants a “substantial repositioning of monetary policy”. But very restrictive interest rates may not be necessary, he added, translating to a “smaller risk” to jobs and growth.