Managers of groundbreaking new collective pension schemes face strict new requirements to explain to members how their retirement income could fall as well as rise, under plans set out by the regulator.

Preparations are under way for the launch of a new type of pension scheme in the UK which offers the potential for higher retirement income than achievable in commonly used defined contribution (DC) schemes.

A key difference with CDC and more traditional guaranteed “defined benefit” pensions is that the retirement income paid by collective schemes could go down, as well as up, depending on asset performance. 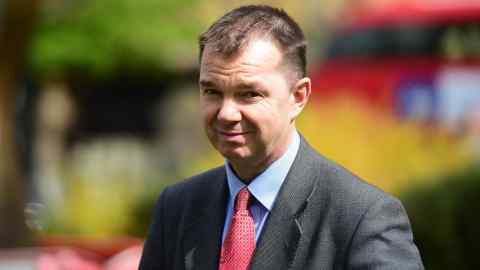 CDC schemes also differ from individual DC arrangements in offering members a “target” income, based on contributions and investment assumptions.

In setting out its plans for how the first CDC schemes should operate, the Pensions Regulator this week proposed strict obligations on schemes to warn members about income fluctuations, which can occur when inflation rises are reviewed each year.

“The draft code sets out that members need to be given all the information necessary to understand this new type of scheme,” said Steven Taylor, partner at LCP, the actuarial consultants.

“The initial communication exercise when setting up a CDC scheme will be a sizeable and crucial task to ensure members appreciate the value and the risks within the new schemes.”

A draft code published this week by the regulator will see CDC schemes required to have review and maintain the member communications regularly which includes establishing whether members understand the communication and the level of risk involved.

The emphasis on member communications follows controversy in the Netherlands, where CDC-style schemes have operated for many years, over income cuts for members who did not expect their income to fall. The reductions were later made good when investment returns improved.

“Good communication for pension schemes is necessary but particularly for CDC ones,” said Matthew Arends, head of UK retirement policy at Aon, a professional services firm.

“CDC schemes bring something new to UK pensions in that the income offered for life could go down as well as up. Because this is new, it is absolutely right that [the regulator] has clear guidance on what constitutes clear communications with members.

“It is imperative that members understand the risks and benefits of the scheme.”

From August the regulator plans to begin accepting applications from employers and trustees looking to establish CDC schemes for their employees. So far, Royal Mail which has hundreds of thousands of staff, is the only UK employer moving to offer staff a CDC plan.

Even though income can fluctuate, supporters of CDC scheme argue collective plans can provide members with more certainty over their retirement income than today’s typical DC plan, which does not include a “target” pension.

Unlike DC savers, CDC members are freed from the burden of having to make complex investment decisions in retirement, and making their money last, as this is managed by the collective scheme.

But the regulator added that clear and accessible information for members on how their benefits may increase or decrease would be “crucial”.

The plight of the UK’s first-time buyers

The war on ‘woke capitalism’