Crypto custody platform Fireblocks is quite possibly “the most successful and least-known company in the blockchain space,” as described by its co-founder and CEO Michael Shaulov in an interview with TechCrunch.

The company announced today that it is now the highest-valued digital asset infrastructure provider in the world after receiving an $8 billion valuation, nearly four times higher than the sum it commanded during its Series D six months ago.

The new valuation comes in conjunction with Fireblocks’ Series E funding round, in which it raised $550 million from an investor group co-led by hedge fund D1 Capital Partners and Spark Capital. Other participants in the round include General Atlantic, Index Ventures, Mammoth, Alphabet’s CapitalG growth fund, Altimeter, Iconiq Strategic Partners, Canapi Ventures, and Parafi Growth Fund, according to the company. The latest round brings Fireblocks’ total raised since its 2018 inception to just over $1 billion.

Its product enables financial institutions, including Bank of New York Mellon, BlockFi, and eToro, to provide direct custody of digital assets. Fireblocks supports custody across 25 different blockchains, according to Shaulov.

“It’s like a SaaS software that allows [clients] to run their own custody using their own wallets in a high-end, secure, institutional way,” Shaulov said.

Fireblocks scaled rapidly in 2021, growing its client base from 100 to 800 and doubling the assets secured on its platform to $2 trillion, Shaulov said. It also grew revenue by 600% over the year, ending with a figure between $50 and $100 million, though Shaulov declined to share a specific revenue number.

Two of Fireblocks’ biggest competitors in the crypto custody infrastructure space were acquired last year, Shaulov said. PayPal bought Curv in March, and crypto exchange Coinbase acquired Israel-based Unbound Security in November, so Fireblocks does not consider any specific company to be its direct competitor at this point, he added.

Fireblocks differentiates itself in the market by providing a network for its clients to interact by buying and selling transactions amongst each other and supporting a wide range of blockchains and tokens, Shaulov said.

The company plans to use the proceeds from the latest fundraise to double its 300-person team by the end of 2022 with a focus on hiring engineers and customer success professionals.

It also hopes to expand to new countries in regions including Southeast Asia, Eastern Europe, and Africa as the regulatory environment in these locales becomes more favorable for crypto businesses. 40% of its customers today are in the US, a little over 30% are in Europe, and around 25% are in the Asia-Pacific region, which Shaulov noted has been the fastest-growing area for Fireblocks since 2020.

In terms of crypto products, decentralized finance (DeFi) has been an especially hot growth area for the startup, accounting for 10% of Fireblocks’ transaction volume in the past month, according to Shaulov.

“Right now, Fireblocks is the number one and the go-to provider for any institution that is looking to have some exposure to DeFi. Out of our 800 clients, about 200 are actually using our DeFi extensions that connect them to different protocols,” he said. 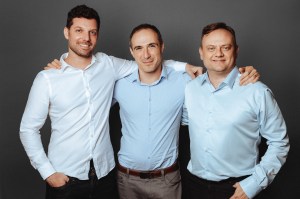 The company just launched DeFi custody offerings through the Aave Arc protocol, a version of Aave popular amongst financial institutions because it incorporates pathways for them to easily comply with anti-money laundering regulations.

Fireblocks also provides strategic consulting to clients looking to build out their digital asset capabilities who are already using its custody platform.

“I think what we really managed to figure out is this combination of high-end security and the ability to deploy it with the customer, but in a fairly simple way for them. They are in control, but they don’t need to put in a lot of resources to get up and running, which is very suitable for banks, who want control but don’t have the technical resources to fully operationalize and run [custody] themselves,” Shaulov said. “They can customize [our product] exactly according to their policies and requirements.”