American Express has grown confident enough to issue its first long-term revenue forecast since the arrival of Covid-19, saying robust spending across its card network suggests its customers are adapting to the “reality of the pandemic”.

Amex shares rose 8.9 per cent on Tuesday after it projected revenues would grow 18-20 per cent this year, in the mid-teens in 2023, and 10 per cent annually starting in 2024. It was the first time the card company had issued revenue forecasts for more than a year since the pandemic began.

“When I look at our customer base, they have clearly gotten better as time has gone on at learning how to adapt to their personal and business lives to reality of the pandemic,” Jeff Campbell, chief financial officer, said in an interview. “We are really on the cusp from a behavioural perspective of turning from a pandemic to an endemic.”

Amex said its profits rose 20 per cent in the fourth quarter to $1.7bn despite the rapid spread of the Omicron variant.

The recovery in travel spending, which has yet to return to pre-pandemic levels, paused briefly last month, the company said, but January travel bookings so far are up 44 per cent compared with the same period in 2019.

Dips in travel spending have become less severe in scale and duration with successive variants, Campbell said, adding that he expected any future variants would have “very little impact” on goods and services spending.

“We are pretty bullish on the ability of our consumer and commercial customer set to be primed for a really strong year of growth in ‘22 and beyond,” he said.

Wall Street analysts said they were encouraged by the projections, particularly given Amex’s reputation to be conservative with estimates.

“If I had to bet the farm, the guidance ends up getting raised,” said Donald Fandetti, an analyst at Wells Fargo.

Many companies have been hesitant to provide guidance during the pandemic because of the difficulties of predicting its effect on consumer behaviour and the economy. This year, banks like Citigroup and Bank of America have continued to avoid giving long-term projections. 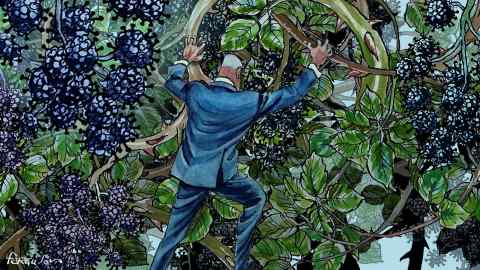 Covid infections have declined in hard-hit countries like the US and the UK, but daily infections are still near all-time highs, according to the Financial Times’ tracker, and health officials warn that progress could be reversed without the right precautions.

But investors have been eager to put the pandemic behind them and some governments have moved to ease guidelines. Most Covid restrictions in the UK were being lifted as of Wednesday and in the US, the Centers for Disease Control and Prevention scaled back the recommended isolation period last month.

“Hopefully, the pandemic becomes a less pronounced impact on our society,” said Sanjay Sakhrani, a KBW analyst. “Amex has effectively made that assumption with the guidance they gave and they have a front-row seat into seeing how spending habits are affected.”

US stocks and the market regime change