With Britain braced for the biggest squeeze on living standards in a generation, the combined impact of the “big freeze” on tax thresholds should send a shiver down the spines of higher earners.

Yes, we should be thankful that our household budgets can accommodate the shock of spiralling energy bills and higher inflation. However, the hidden impact of various tax freezes could cost you much more than you might realise.

“Fiscal drag” is how economists refer to the chancellor’s clever Budget day ruse of increasing the tax take by freezing various personal tax thresholds for the next four years. As wages increase, more of us are being dragged into paying higher marginal rates.

By 2026, it’s been predicted there will be more than 5m higher-rate taxpayers whose income exceeds the frozen £50,270 threshold — far higher than the 3m people who were paying the 40 per cent tax rate in 2010.

Introduced in the same year, the £150,000 threshold for the 45 per cent “additional” rate of income tax has not budged since then — and the Institute for Fiscal Studies says twice as many people now pay it.

These 400,000 people are the top 1 per cent of taxpayers, contributing nearly one-third of total income tax between them.

All this “ice magic” means the Treasury is forecast to rake in an extra £9bn by the time 2026 rolls around.

However, there’s one frozen threshold that could land the unwary with an unexpected tax bill. Accountants refer to it as “the six-figure salary curse”.

“Earning over £100,000 is a big financial achievement, but the tax impact can leave a sour taste,” says Nimesh Shah, chief executive of Blick Rothenberg. “Suddenly, you trigger a 60 per cent tax rate and you’re hit with a bill.”

“If you get a good bonus or pay rise this year, or have a bit of money coming in from a side hustle, you could be affected by this,” says Shah.

This is why HM Revenue & Customs insists that everyone with an income above £100,000 completes an annual tax return — even PAYE workers who have their tax deducted at source — so a bill can be issued to reclaim the allowance.

Listen here: Money Clinic: Get on top of your tax return

Over the years, many friends and colleagues have been caught out by this, and the frozen threshold stands to drag even more in.

According to HMRC data, in 2014, three quarters of a million UK taxpayers had an income above £100,000. The most recently published figures (from 2018-19) showed this was approaching a million.

Yet for some, using “salary sacrifice” to pay more into their company pension scheme could wipe out the tax bills altogether.

As I’ve explained here before, if someone earning £120,000 “sacrificed” £20,000 of their gross pay into the company pension scheme and received a 6 per cent employer contribution, the tax savings mean they would be able to invest over £27,000 for a cash cost of just £7,350 — pretty much quadrupling their money.

If this year’s tax return has given you a long face, don’t forget there’s still two and a half months of the current 2021-22 tax year to get organised and increase your salary sacrifice contributions!

However, be careful not to exceed yet another frozen tax limit — the £40,000 pensions annual allowance. If you’re a really high earner, the dreaded pensions taper could whittle this down to £4,000.

And while saving more into your pension could be tax efficient today, what about in the future? There’s also the impact of the lifetime allowance to consider, which is frozen at £1.07m.

Save £500,000 into your pension by the age of 50, and even if you stop paying in altogether, compounded annual growth of 5 per cent would be enough to breach the threshold by age 65 — and that’s assuming a future government won’t lower it.

The £20,000 Isa allowance offers some respite (and Isa investors won’t be affected by April’s dividend tax increase). However, advisers say they are increasingly seeing those squeezed out of pension saving prioritise venture capital trusts (VCTs).

Upfront income tax relief of 30 per cent is the carrot for investing in riskier UK-based growth businesses, along with tax free dividends and a capital gains tax exemption if you sell after the five-year holding period.

Given the squeezes and freezes elsewhere, is it any wonder that over £600m has been invested into VCTs so far this tax year, compared to just £265m in the same period a year previously?

Wealth Club, the investment platform that compiled these statistics, says 2022 is on course to be another record year.

“The overall tax burden is the highest it’s been for over 50 years,” says founder and chief executive Alex Davies, noting how the client base is changing: “Doctors, dentists, headteachers who can’t put any more money into their pensions, plus those you’d expect like City workers, lawyers and people who’ve sold their own businesses.”

Under lockdown, the stellar performance of many VCT-backed companies has turned more investors on to the benefits. The big winners are all digital success stories, including Cazoo (known as the Amazon of the used car market), Depop (a high fashion version of eBay) and Gousto, the Joe Wicks-backed recipe box delivery service.

This is the time of the tax year when VCT raises come thick and fast (Mobius is set to launch a £35m offer next week) but their time-limited nature doesn’t give investors much time to consider the higher risks that the tax breaks are designed to compensate for. 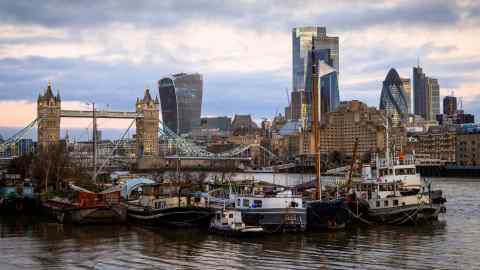 The desire to cut your tax bill could reduce any worries about the recent wobble in tech valuations, but advisers stress the need to diversify your VCT portfolio. The problem with investing in early-stage growth companies is that while some could shoot the lights out, others could crash and burn.

The average amount Wealth Club clients invest is £35,000, split across three or four different VCTs. Bear in mind that the minimum investment into a single trust is typically £3,000 to £6,000 — and that’s before the fees.

Be prepared for an initial investment charge of 1-3 per cent which has to be paid upfront. Then there are annual management charges (typically around 3 per cent) plus performance fees on top.

And if you buy VCTs through your financial adviser — which Wealth Club estimates accounts for 70 per cent of the market — you’ll have to pay them a fee too, which could be an upfront or ongoing charge.

Finally, you’re tied in for at least five years — sell before then, and you’ll lose the tax benefits.

As the “big freeze” starts to bite, investors need to weigh up the risks and the costs with a cool head.

Stripe vs. Plaid, IP litigation, what VCs really think about…