Spain cracks down on short-term contracts with labour reform


Spain’s addiction to temporary jobs is, says its government, what makes the country a “distant planet” from the rest of the EU.

About a quarter of the workforce relies on such employment contracts, far more than in any other member state. Young people and women are principally affected.

So when Yolanda Díaz, the country’s communist deputy prime minister, reached a long-sought accord with business and unions on labour rules last month — focusing on measures to curb uses of temporary contracts — the government was not alone in hailing the breakthrough on a hugely contentious and consequential issue.

“On a symbolic level, we’ve barely seen anything like this since the transition to democracy: a communist minister has struck a deal with business and labour,” said Máriam Martínez-Bascuñán, a political scientist at the Autonomous University of Madrid.

Now comes the hard part: getting parliament to pass the measure into law and making real improvements to Spain’s dysfunctional labour market.

The changes — a component of the reforms Spain has promised in return for €70bn of grants from the EU’s coronavirus recovery fund — need to be backed by parliament by February 7. Failure to ratify the reforms could affect future funds from Brussels.

But so far the votes are not there. The opposition People’s party says it will oppose the measure, which has already provisionally taken effect, while the nationalist and regional parties on which the minority leftwing government depends have yet to be won round.

Meanwhile, the real challenge awaits: mending Spain’s labour market, the country’s biggest economic black spot. At twice the EU average, Spain’s unemployment rate of 14 per cent is the highest in the bloc.

“The situation in parliament shows where Spain is right now,” Martínez-Bascuñán said. “The far right is on the rise, so the PP won’t support the reform for fear of seeming too centrist and the bloc that backs the government remains fragile even though it’s pushed a lot of legislation through.”

The reform’s roots lie in the coalition deal between the Socialists and Díaz’s smaller, radical left Podemos grouping two years ago. The parties agreed to scrap changes made by the conservative government in 2012 that reduced redundancy payments and gave precedence to company-specific negotiations on wages and conditions, rather than to sector-wide talks.

Many economists say the 2012 measures helped businesses bounce back from the financial crisis, enabling an export-led recovery, but the left argues that they exacerbated economic inequalities.

For years, the coalition partners feuded over how to rewrite the rules, with the Socialists keen to keep business on-side. Spain’s central bank urged the government to retain the measures to avoid damaging the country’s competitiveness.

During the pandemic the planned changes to labour rules were subsumed into the recovery agenda agreed with the EU. Because Brussels required the changes to be negotiated with business and labour organisations, the CEOE, Spain’s employers’ federation, played a decisive role in the talks. It signed up to the reform last month, despite dissent within its ranks from groups such as carmakers, agro-industry and business organisations from Madrid and Catalonia, the country’s main economic powerhouses.

The CEOE’s leadership says the deal “consolidates the current labour model”. The accord places limits on temporary contracts, 17m of which were concluded last year, compared with just 2m fixed-term contracts. But it allows their use for training, temporary replacements and work limited to fewer than 90 days.

The CEOE adds that, while sector-wide talks will now set wage accords with unions, negotiations on conditions, which it considers more important, will stay business-specific.

Mariano Rajoy, Spain’s previous conservative prime minister, has come up with a simpler analysis, telling the ABC newspaper the government pact has “left the [previous] labour reform where it was”.

But the PP’s current leadership indicated it would vote against any changes to measures that it said had brought millions of jobs to Spain over the past decade. 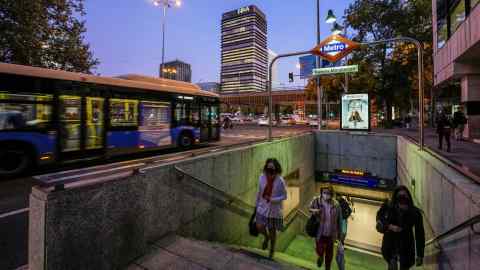 The government also depicts the changes as a paradigm shift. “The previous model was based on precariousness and wage depreciation,” said an official. “This reform will recover workers’ rights without hurting business.”

Officials express confidence they will win enough support from Spain’s smaller parties to pass the measures into law. But they are reluctant to reopen a lengthily negotiated text that has already been ticked off Spain’s list of commitments to the EU.

“It’s true that in large part this measure maintains the PP’s labour reform, while focusing on cutting down on temporary contracts, which if it works will be very positive,” said Alicia Coronil, chief economist at Singular Bank, a Madrid-based private bank.

Coronil said the 2012 reform helped Spain to add half a million jobs a year before the pandemic and probably reduced job losses during it.

But she said the pandemic “also showed how exposed the Spanish economy is — with companies that are often too small to expand and employment policies that are inadequate. What’s most important is to address those issues.”

Time to bundle up | Financial Times