Traders pushed bets on inflation to the highest level in more than a decade as fears of rising prices continued to mount in the US government bond market.

These bets are the latest example of the fallout from Wednesday’s blockbuster consumer price index data, which showed that US inflation in October had risen at a rate of 6.2 per cent from the previous year. In response to the inflation figures, shorter-dated Treasury bonds have sold off, as investors have bet the Federal Reserve will need to lift interest rates sooner than previously expected.

US inflation has been running at 5 per cent or more since May, as prices have been pushed higher by coronavirus-related supply chain disruptions. But investors have been unsettled by signs of inflation broadening across several sectors, potentially weakening support for the Fed’s view of the price pressures as “transitory”.

The yield on the two-year Treasury note, which is sensitive to interest rate expectations, rose 0.01 percentage points to 0.52 per cent on Friday. The yield sat at around 0.42 per cent before Wednesday, when it rose by the most since the market turbulence of March 2020.

Another closely watched measure of interest rate expectations, eurodollar futures, showed that the market is currently pricing the first quarter-point rate increase as soon as June, with as many as two further increases by the end of next year.

Inflation erodes the value of longer-dated Treasuries, so as expectations of prices pressures have risen, yields on the 10-year note and 20 and 30-year bonds have risen. The yield on the benchmark 10-year note rose by 0.02 percentage points on Friday to 1.57 per cent.

Break-evens are the difference between the yield on Treasury inflation protected securities — or the so-called real yield — and the yield on a similarly maturing Treasury note. Because interest payments on Tips are adjusted for inflation, the break-even rate signals how traders and investors predict inflation will move in the future. The real rate is the yield stripped of the effects of inflation. 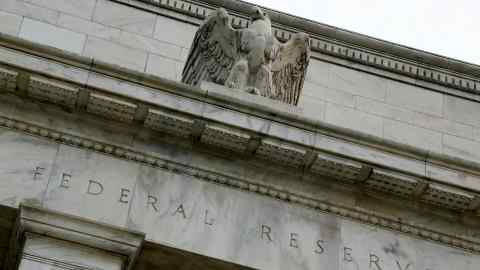 While the five and 10-year break-even inflation rates have been rising, the real yields of both notes have been falling. The 10-year real rate on Wednesday fell to a record low and was hovering near those levels on Friday. The five-year real yield was heading back towards the record lows hit in May. Real yields move with growth expectations, and the fall this week suggests investors think that the US economy may be hurt if the Fed raises rates too soon.

“What we’re seeing is two different parts of the market worried about two potentially different outcomes. The break-even complex saying — hey inflation is here to stay. While negative real yields imply that there are medium or long-term growth concerns. And that really gets to the heart of the issue, which is whether or not the Fed is in the midst of committing a policy error,” said Ian Lyngen, head of US rate strategy at BMO Capital Markets.

Meanwhile, Wall Street stocks ticked up on Friday as investors looked past inflation concerns to focus on strong corporate earnings.

The S&P 500 index closed up 0.7 per cent, ending the week less than half a per cent lower after hitting a series of record highs earlier this month. Sentiment was also lifted by Johnson & Johnson, the world’s largest healthcare group, announcing a spin-off of its consumer business.

Elsewhere, the technology-focused Nasdaq Composite index was up 1 per cent at the bell. Europe’s regional Stoxx 600 closed up 0.3 per cent.

How to Watch Hulu or Hulu + Live TV