Jeff Ubben founded ValueAct Capital, one of the best-known activist investors on Wall Street. When he left it in 2020 he declared that “finance is, like, done”.

Yet he has now returned to activism in a big way. Last week he disclosed a €400mn stake in Germany’s Bayer and called for a new chief executive from outside the company.

It is the biggest investment to date for Inclusive Capital Partners, the fund Ubben set up on his exit from ValueAct with an aim of pushing companies to make environmental and social improvements to drive returns higher. The results at Bayer will test his thesis.

At a time when environmental, social and governance principles have swept fund management, Ubben views his firm as different.

“The ESG thing is happening away from me,” he said. “I like what ESG has done in changing the agenda of boards. But I don’t see what ESG has otherwise done to generate real change.”

The 61-year-old is regarded as a more collaborative activist in a business marked by public confrontations with companies. He was appointed to the board of ExxonMobil in 2021 as the oil major was in a proxy battle with Engine No. 1, another activist hedge fund.

Inclusive Capital’s stake in Exxon, which stood at $102.8mn as of September, has been one of the fund’s top performers. It is an investment that stands out against calls to shun the oil industry over its planet-warming emissions.

His affiliation with Exxon has led some big sovereign wealth funds and pension plans to dismiss fundraising pitches from Inclusive Capital, he said.

The fund nevertheless has amassed $2.6bn under management, with money flowing in from college endowments, at least one sovereign wealth fund and pension plan and rich families, according to people familiar with the firm. Inclusive Capital’s results were down 6 per cent in 2022, while the S&P 500 declined by 18 per cent, people familiar said.

Ubben previously led years of high-profile campaigns at San Francisco-based ValueAct, which he founded in 2000. One of its biggest wins came in 2013 when it acquired a $2bn stake in Microsoft and put ValueAct president Mason Morfit on the board.

At Rolls-Royce, ValueAct took a stake in 2015, becoming the group’s largest shareholder. A year later the fund won a board seat after promising not to publicly lobby for a break-up or increase its stake in the company.

An official who worked at Rolls-Royce during the campaign said ValueAct approached the company looking for a dialogue “and a meeting of the minds”.

Other activists had been circling the company at the time, the executive said, adding: “If you had to have one, ValueAct was probably the more manageable of them.”

Activism defence bankers and lawyers who have sat across the table from Ubben echoed the sentiment, saying he is one of the “nicer” activists.

Niceness does not guarantee results. By 2019 ValueAct had little to show for its investment in Rolls-Royce. Bradley Singer, ValueAct’s chief operating officer, quit the board. ValueAct lost 20 per cent on the company by the time it sold all of its shares in 2020.

Ubben also drew controversy for his investment in electric vehicle start-up Nikola, which went public through a special purpose acquisition company in 2020. He defended Nikola founder Trevor Milton after a short seller report alleged the company was an “intricate fraud”. The company later settled fraud charges with the US Securities and Exchange Commission and Milton was convicted of defrauding investors.

The genesis of Ubben’s green-tinted strategy at Inclusive was an investment at US electric utility AES. Ubben said he spent $25mn of his own money to win a board seat in January 2018. Later that year, the company published a strategy to cut carbon emissions. Four years later AES pledged to exit coal-fired power generation by 2025.

By the time Ubben stepped down from the AES board in 2021, its shares had surged 134 per cent. After AES, “there was a big opportunity as a value investor in buying carbon emitters”, he said. “AES worked. It motivated me to do this.”

But it was difficult to do at ValueAct, whose investors were either interested in its core business, with little regard for environmental and social issues, or worried money might be left on the table, according to Ubben.

“We just kind of stressed people out.”

Bayer’s stock has been weighed down by lawsuits over its weedkiller Roundup. The product entered its portfolio when Bayer acquired Monsanto in a $63bn deal under chief executive Werner Baumann. 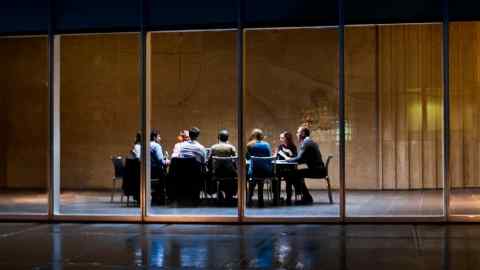 Ubben said he believes the stock market is not adequately valuing the sustainable qualities of the company’s crop sciences division. Bayer’s investments in technologies such as gene-edited seeds, for example, can be integrated with its global distribution and help reduce carbon emissions from agriculture, he said.

Bayer’s shares have risen 10 per cent since Ubben’s stake was disclosed, compared with a 2 per cent rise in Germany’s Dax stock index. Bayer has declined to comment on Ubben’s investment.

“When we meet with investors that have an ESG mandate, when we pitch Bayer we’re often told it’s just a name they are not permitted to own,” said Emily Field, an analyst at Barclays. “A lot of the work that needs to be done to ‘green’ Bayer’s crop sciences business isn’t necessarily through changing the business itself, it’s through changing the perception thereof.”

Brazil and Argentina to start preparations for a common currency

An investment in self-denial this Veganuary