Venture capital investments into agritech and foodtech start-ups plunged in 2022 amid rising interest rates and questions over their business models, raising the prospect for industry consolidation and increased M&A in the year ahead.

Companies in the two sectors raised just under $30bn in 2022, down 44 per cent from a year before, according to preliminary analysis from corporate data group PitchBook.

That follows a more than doubling of investments in 2021 and an increase of a third the previous year, as entrepreneurs and start-ups raised capital and rode the wave of green investing.

The boom came amid rising awareness among entrepreneurs about the environmental impact of agriculture and meat production as well as concerns about food security. VCs backed a wide range of start-ups developing biological fertilisers, vertical farms and robots, as well as alternative proteins such as plant-based or lab-grown meat.

On top of rising interest rates this year, volatility in equity markets closed the window for flotations, limiting exit options, which led to reluctance among investors to fund later-stage financing rounds, according to Alex Frederick, emerging technology analyst at PitchBook.

The 2022 decline in agritech and foodtech investments was steeper than the fall of just over a third in overall VC funding for all sectors, according to the data group.

The sharp fall in financing comes as many start-ups struggle with the rise in labour, energy and other input costs. Many have been forced to review their business models while others, such as listed alternative protein companies Beyond Meat and Oatly, have cut their levels of capital expenditure as well as their workforce.

Some vertical farming companies have closed their doors in the face of sharply rising energy costs, PitchBook said.

With overall costs up 15-25 per cent because of inflation, “some early-stage businesses will struggle to survive”, said Mark Lynch, partner at corporate finance boutique Oghma Partners. He expects consolidation, especially in the food and beverage sectors, with valuations under pressure.

“Many companies may look at selling themselves as an exit route and we expect to see an uptick in M&A as a result of these more challenging conditions,” Lynch said. Analysts said nothing burnt through capital like building out a start-up at a time when costs were rising unexpectedly.

Despite this year’s fall in funding, investments were still 20 per cent higher than in 2020 after a particularly buoyant 2021. And with the impact of climate change accelerating and continued focus on food security amid a growing population and demand for healthier, chemical-free food, analysts say interest in foodtech and agritech will only increase in the longer term. 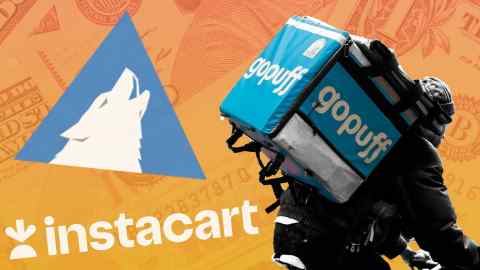 Tom Brennan, partner at McKinsey, said VC investment in food and agritech had grown about 20-fold over the past decade.

“We see continued interest in food and agritech as an investment area as innovators develop sustainable and scalable technologies,” he said, adding that the fundamental reasons for investing in those areas were also compelling in the current macroeconomic environment.