Once upon a time, private equity was — relatively — simple. Buy a company, oversee a turnround tricky to do in the public markets, and then sell at a profit.

Even the cynical version of the above isn’t terribly complicated: buy a company, load up with debt, cut costs, shut off investment, hope for a fair wind on valuations and sell before the rot sets in.

Now that story of buy, fix, sell is more complicated, after years of cheap money and booming interest in private asset classes stoked experiments in structures and in financing. Even as inhospitable markets force buyout groups, or general partners (GP), to write bigger equity cheques to get deals done, the different slices of their own funding continue to proliferate.

“The irony is that it is called private equity when you look at the multiple layers of debt now in the system,” said Eamon Devlin, a former lawyer now at Saïd Business School. “And many of these are new finance products since the [global financial crisis].”

Leave aside the debt that can be loaded on to the investments themselves, or operating company debt. Above that sits a growing number of financing facilities, or “solutions” as everyone in the sector insists on calling them.

These can be pretty functional. Subscription lines are essentially credit facilities at the fund level, which enable buyout groups to do deals more quickly than relying on calling up investors’ capital. Happily for GPs, this also delays when client, or limited partner (LP), money enters the fund, artificially boosting returns. But the facilities are short term and at least pretend to solve an actual problem.

At the other extreme, there are collateralised fund obligations, a product that everyone in private equity swears is rare — probably because the echo of the slicing and dicing of debt that preceded the 2008 crash is too embarrassingly obvious. These package together stakes in different private equity funds, before issuing bonds to investors. “It’s financial engineering,” said one buyout chief. “It doesn’t seem sustainable at all.” 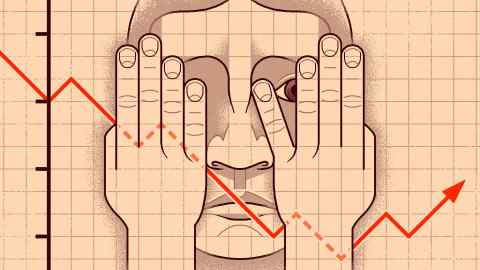 Elsewhere, private equity has had to look harder for its “solutions” as lending from banks dried up and the ability to sell or list existing investments evaporated. An increasingly popular option this year has been preferred equity, an old product that has found renewed demand.

This feels like a bit of an end-of-cycle hail mary: a slug of covenant-lite, more expensive financing issued through a special-purpose vehicle at the fund level. According to advisers, this can take the place of a so-called NAV financing, portfolio-level debt that has become scarcer as banks have pulled back from the market. Or it can also substitute for a continuation deal, where assets left in a fund approaching its end or a particular investment are in effect sold into a new vehicle of the same buyout group

Private equity’s sell-to-yourself trend, itself a function of dwindling exit options, has prompted mutterings about pyramid schemes. Preferred equity, largely provided by specialist investors like 17 Capital or Whitehorse, is another way of getting liquidity to LPs who want out. But it doesn’t require agreeing valuation for the underlying assets, as the new investors get downside protection. Convenient, given that private market valuations have defied gravity as listed stocks have sunk.

When it comes to the rights of those new investors relative to original LPs, whether the latter need to give their approval, whether preferred even counts within the fund’s stated leverage limits, or how much money raised can go straight out as returns, it is all subject to negotiation. However, fund documentation was often written and signed before such structures were even contemplated. The onus, say advisers, is on the GP to do the right thing by its original investors but “we will see much more robust language around this” in new agreements, said one.

Everyone maintains that such “solutions” have their place. What isn’t clear is to what extent they are being used to stave off the inevitable, or to take money off the table in poorly performing funds. Either way, heavyweights are betting that the fallout will involve faster consolidation in a sector that has mushroomed to 18,000 funds, up 60 per cent in the past five years. “A lot of the industry is finance and financing,” said one boss. “We’ll see how that ends.”

‘There will still be a global trade’: AP Møller-Maersk chief bows out after 40-year voyage