US to add Chinese chipmaker to trade blacklist


The Biden administration is set to put chipmaker Yangtze Memory Technologies on a trade blacklist, in the latest US effort to target Chinese technology companies that it believes threaten its security.

The US commerce department will place YMTC and other Chinese companies on its “entity list” as early as this week, according to three people familiar with the plan. US groups are barred from selling technology to companies on the list unless they have a hard-to-obtain export licence.

The move comes two months after the US unveiled harsh export controls that made it more difficult for China to acquire and produce cutting-edge semiconductors.

The Financial Times reported this year that YMTC appeared to have violated US export controls by supplying Chinese telecom equipment maker Huawei with Nand memory chips for its smartphones.

US lawmakers have for months been pressing the Biden administration to put the company on the entity list. Lawmakers had also warned Apple that it would face harsh scrutiny if it proceeded with a plan to buy YMTC chips.

When the US introduced the export controls on October 7, it also placed more than 30 Chinese companies, including YMTC, on the “unverified list” of entities for which the US has been unable to conduct end-user checks to make sure American technology is not being diverted for unauthorised uses. At the time, it set a 60-day window for companies to allow the US to conduct investigations or face the threat of being on the entity list.

Alan Estevez, the top commerce department official for export controls, last week said China had relented and was allowing the inspections of some companies after a long period of no co-operation. He said the US was “seeing better behaviour” from China’s commerce ministry, which oversees end-use checks for Chinese companies. But the US commerce department at the time declined to say how many companies were co-operating.

The YMTC move is likely to spark protests from Beijing, which this week filed a dispute with the World Trade Organization over the October 7 export controls. The White House has described YMTC as a “national champion”.

In addition to concerns that YMTC violated US law, the Biden administration is also worried that the company will sell memory chips below cost and put pressure on US rivals such as Micron as well as companies in allied countries.

In October, the FT reported that YMTC had been stockpiling foreign chipmaking equipment for months in anticipation that the Biden administration was preparing to take action that would hurt the company.

The action marks another escalation in the US-China tech war. Washington is trying to make it harder for China to develop technologies with military applications such as artificial intelligence, modelling for nuclear weapons and hypersonic weapons development. China has also been taking steps to boost its indigenous technological capabilities as it comes under increasing pressure from the US and its allies. 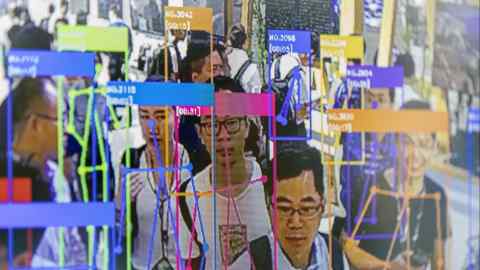 The US is currently negotiating with Japan and the Netherlands on a trilateral deal to prevent Japanese and Dutch chipmaking tool companies from selling advanced equipment to China. The US is hoping the accord will complement a similar ban on American toolmakers that was part of the October 7 export controls.

The move against YMTC and other companies also comes in the wake of the first in-person meeting as leaders between President Joe Biden and President Xi Jinping at the G20 summit in Bali, Indonesia, last month.

The two countries are trying to find ways to prevent their relationship from deteriorating further, but the Biden administration has stressed it will not pull punches in areas related to national security.

The US commerce department did not comment, and YMTC did not immediately respond to a request for its reaction.

A sea change is under way in markets