The head of Blackstone has spoken out for the first time since the investment group restricted withdrawals from a $69bn property fund, tying a spate of redemptions to investors facing stress in Asia.

The outlook for the Blackstone Real Estate Income Trust, or Breit, has riveted Wall Street after the group limited withdrawals last week. Blackstone’s stock has slid more than 10 per cent since the announcement.

Blackstone chief executive Stephen Schwarzman on Wednesday disputed the idea that the restrictions reflected problems at the fund, which has $125bn of assets mostly invested in warehouses and apartments in the US when accounting for leverage.

“The idea that there is something going wrong with this product because people are redeeming is conflating completely incorrect assumptions,” Schwarzman said at an industry conference. “This was not meant to be a mutual fund with daily liquidity. These are pieces of real estate.”

He confirmed that many of the redemption requests came from Asia, where investors tend to use more borrowed money to back positions and needed to raise cash to meet margin calls when markets soured earlier this year. Those investors faced “excruciating financial pressure”, Schwarzman said.

Blackstone limited investor withdrawals from Breit after breaching monthly and quarterly limits on redemptions. The announcement has cast doubt on the future expansion of the fund, which has grown quickly in recent years and accounts for a fifth of the group’s fee-based earnings.

Breit was launched in 2017 as a way for wealthy investors to gain access to its real estate investment platform and offer them the same ability as large institutions to diversify away from public markets.

As a trade-off, they would have to accept giving up some liquidity rights. The fund allows for 2 per cent of total assets to be redeemed by clients each month, with a maximum of 5 per cent allowed in a calendar quarter. 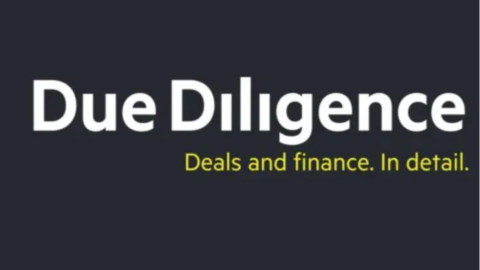 It fulfilled 43 per cent of redemption requests it received for November. Investors will be allowed to redeem just 0.3 per cent of the fund’s net assets this month.

“[We] are in a cycle where retail investors are less apt to be investing in things . . . [People] get scared. It is completely normal and not a concern,” he said. “I look at this and say this is just a pause — an expected pause — of people pulling money out.”

Schwarzman said Breit’s portfolio continues to perform well, with income from its properties rising 13 per cent this year.

“In a way, Breit is some of our best work,” said Schwarzman, who characterised fears over the fund as “a bit baffling”.