The cost of living crisis failed to put much of a dent in Black Friday.

Americans spent a record $9.12bn hunting down online bargains according to the latest estimates from Adobe Analytics. Here in the UK, Barclaycard recorded more than 1,200 transactions per second at the peak of the retail frenzy — the highest volume it has ever processed.

When adjusted for inflation, I expect the final totals will be less than previous years. But it’s clear that spiralling costs are causing many people to double down on discounts and special offers in the run-up to the annual splurge-fest known as Christmas.

This week, I got a taste of how the allure of bargain hunting can tip over into a serious financial problem — namely, shopping addiction.

On Money Clinic podcast this week, I spoke to Brooke, a millennial from North Carolina who is a self-confessed compulsive spender.

“For me, it’s comparable to a drug addiction — when can I get my next fix of going into a store, buying something and getting that hit of dopamine,” she told me.

For Brooke, going shopping has become an intoxicating retreat from the stresses and loneliness of modern life. Even as she drives to the mall to buy things she knows she doesn’t need, she can feel the troubles of the outside world melting away. Central to her mission is the desire to get a good deal (“I wear it like a badge of honour”).

Yet by the time Brooke gets back to her car laden with bags of deeply discounted items, the spell is broken. The purchases haven’t made her any happier; in fact, she has built up over $6,000 of credit card debt.

Some months, she’ll pay off a chunk of debt and give her partner custody of the card. But inevitably, her compulsion to spend returns, and the card is soon maxed out again: “The guilt doesn’t outweigh the addiction.”

Many readers might scoff at this problem. Some therapists Brooke has seen in the past have not taken it seriously either, believing willpower and budgeting are the cure.

But this fails to take account of the deeper emotional buttons that are being pushed when we indulge in a little “retail therapy”. Whether you’re based in the US, the UK or anywhere else, at a time when millions are trying to spend and consume less, I think there are lessons in here that everyone can relate to.

For starters, it’s difficult to buy less stuff when everything around us is saying it’s OK to buy more and more.

Over-consumption is so normalised in our society. We are conditioned to hunt down deals, discount codes and bombarded with digital marketing via social media platforms. First Black Friday, then Cyber Monday, and now early Christmas offers — it feels like the retailers are going into overdrive this year to ensure they have a good Christmas, even though spending more may well be the last thing our finances need.

Combine this with the enabling power of easy credit and buy now, pay later — a sector that still isn’t properly regulated, yet is predicted to be worth $1tn (£866bn) globally by 2030 — and it’s easy to see how people can be sucked into spending more than they should.

In the US, Adobe recorded an 85 per cent week-on-week uplift in online shoppers using BNPL to spread repayments during “Cyber Week” (the period encompassing Black Friday and Cyber Monday).

The two therapists I quizzed on the podcast were alive to these connections, and stressed how loneliness, low self-esteem and poor mental health are also contributing to the rise of compulsive shopping disorders.

“Addiction is a way of managing emotions, a way of self-soothing that has become its own problem,” explains Pamela Roberts, a psychotherapist who works with the Priory Hospital in Woking, Surrey. “Is this actually about shopping, or is there something emotional going on that you’re not processing?”

She concurs that many people judge shopping as not being “a real addiction” even though the psychological damage is comparable to other behavioural addictions like problem gambling, not to mention the harm caused to people’s finances as debts spiral.

However, the feelings of secrecy and shame that surround this can make it very difficult for people to seek help when they have a problem. Although women are more likely to do so, she says shopping addiction is also a problem for men.

Amanda Clayman, a financial therapist based in Los Angeles, talked to me about how compulsive behaviours “are like someone clicks on a program in our brain, and it runs”. In her work with addicts, she uses CBT (cognitive behavioural therapy) to help people “find an off-ramp” before they join the retail superhighway.

When stress levels rise and the compulsion to shop intensifies, she encourages her patients to “surf the urge”.

“Pause for five minutes and see how it feels; practice tolerating that feeling, especially how it will peak and start to ebb. It’s not a moment that lasts forever.”

Roberts encourages people who think they might have a problem to question what it is at a deeper emotional level that’s making shopping so intoxicating. “How can we change the money script? So I’m thinking shopping. Is there another way? Could I call somebody?” She notes the rise of 12-step fellowship programmes dedicated to shopping addiction. 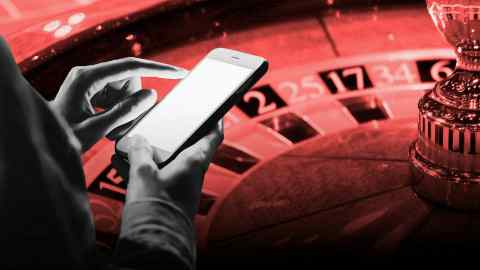 Undoubtedly, this is a serious psychological problem for some people, but the rising cost of day-to-day living means that the traditional Christmas shopping “script” is also something that urgently needs a reboot.

You may well be trying to spend less or do things differently this year. Even if your own finances have weathered the storm, friends and family members could already be fretting about their ability to reciprocate your generosity.

So get the conversation out in the open, and take the pressure off by making a mutual pact to avoid extravagant gifting. This will undoubtedly come as a relief to those whose finances are already running on empty.

For a different way of showing you care, take a look at the “Christmas Gift Cheques” on the Money Saving Expert website. Print off the free PDF (or if you’re artistic, design your own) and pledge something of great value which nevertheless costs nothing. This could be babysitting, helping with different tasks around the house or other acts of kindness that you know will be appreciated.

Just as compulsive spending is no cure for the feelings of loneliness and low self-worth often experienced by those with shopping addictions, presents are not a substitute for your presence.

Spending time together, rather than spending money, is what we will remember long after all the glitter and gift wrap has been cleared away.

Claer Barrett is the FT’s consumer editor and the author of “What They Don’t Teach You About Money”. claer.barrett@ft.com; Twitter and Instagram: @Claerb

FT survey: How do we build back better for women in the workplace?

We want to hear about your experiences – good and bad – at work both during the pandemic and now, and what you think employers should be doing to build back better for women in the workplace. Tell us via a short survey.

Despite Hot Jobs Report, Fed Has To Heed Workers’ Fear Of Layoffs