Personal tax receipts hit a record high in the six months to October as inflation pulled more taxpayers into higher tax bands, a trend set to continue as the main tax thresholds remain frozen until 2028.

Inheritance tax collected £4.1bn between April and October, according to HM Revenue & Customs data, 14 per cent higher than the same period last year, with annual receipts now double what they were a decade ago.

“The Treasury hopes by leaving rates and allowances unchanged, inflation can do the hard work of turning the temperature up on taxpayers without them noticing,” said Alex Davies, founder of broker Wealth Club, adding that it will be the “thousands of hardworking families that will bear the brunt”.

What else apart from inheritance tax?
Income tax, national insurance and capital gains saw a similar trend, with receipts over the past six months also 14 per cent higher year-on-year, despite median pay rising 6.3 per cent, as more taxpayers are forced to pay a higher effective rate of tax.

Tax receipts have risen as inflation has picked up and tax thresholds have been frozen. In his Autumn Statement last week, chancellor Jeremy Hunt extended “stealth” freezes on inheritance tax, income tax and national insurance until 2028.

How can I keep my tax bill down?
While everyone should see their tax bill rise in the years to come, finance experts highlight options to help manage your tax bill — particularly around inheritance tax.

Inheritance tax is charged at 40 per cent above a threshold of £325,000 per individual, with an additional £175,000 when a family home is being passed to a direct descendant.

Wealth Club’s Davies said the first step you should take is to make sure you have a will. “Without it, your estate will be shared according to a set of pre-determined rules. That means the taxman might end up with more than its fair share.” 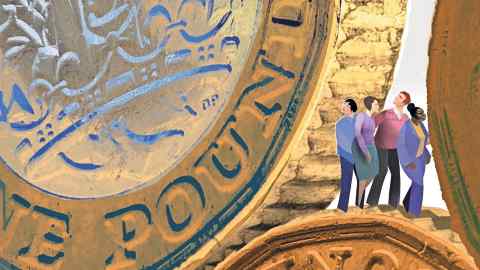 Under the current tax rules, if you live for more than seven years from making a gift it will not be subject to inheritance tax. But you also have an annual gift allowance of £3,000, known as the annual exemption, and can gift up to £250 each year to as many people as you wish.

If that’s not enough, certain assets can offer inheritance tax exemption — but be wary of letting the tax tail wag the investment dog, as taking on extra risk for a tax break might not pay off.

Investing in small UK companies that qualify for business relief will enable you to pass them on free of inheritance tax provided you have held them for at least two years, as will ownership of qualifying farmland.

What about the other taxes?
There are plenty of quirks around capital gains tax. But Rachael Griffin, tax and financial planning expert at Quilter, says you should start by maximising your annual tax-free individual savings account (Isa) allowance of £20,000, and any pension allowance.

She adds that those facing a capital gains tax bill may be able to offset losses to reduce gains. Unused losses from previous years can be brought forward indefinitely provided they are reported to HMRC within four years of the asset disposal tax year end.

Married couples and those in civil partnerships can also transfer assets to each other to make use of both sets of allowances, as well as shift a potential gain to whichever partner might be exposed to a lower tax band, to use allowances as effectively as possible.

Certain investments are exempt from capital gains and dividend tax, such as enterprise investment schemes and venture capital trusts, but remember the tax breaks exist to compensate for the risk.

There are fewer options for income tax payers, but paying more money into your pension can reduce your salary for income tax purposes. This is particularly valuable if you are being dragged into a higher or additional rate tax band for the first time.

Have we had enough tax changes?
You might think so. But last week’s forecasts by the Office for Budget Responsibility have laid bare the treacherous state of the public finances, leading think-tanks to conclude we have entered a “new era of higher taxation”.

Hunt’s proposals have drawn criticism for hitting the “squeezed middle” harder than higher earning groups. As the government comes under more pressure to raise revenue and make the tax system fairer, the taxes paid by the wealthiest look ripest for reform.