Vodafone has agreed to sell up to 50 per cent of its €14.8bn mobile phone masts business to a consortium including the private equity firms KKR and Global Infrastructure Partners and Saudi Arabia’s Public Investment Fund.

The telecoms company will transfer its 82 per cent stake in Vantage Towers, which operates tens of thousands of mobile towers across 10 European countries including the UK, to a new entity that it will jointly control with the group of private investors.

The new entity, Oak BidCo, will then launch a voluntary public takeover offer for the 18 per cent of Vantage shares it does not already control. It will offer €32 per share, about €3 more than Tuesday’s closing price before the deal was announced.

The FT reported on Tuesday that the PIF was bankrolling the deal.

The deal will give the private equity groups and the Saudi wealth fund exposure to one of Europe’s largest masts businesses, a critical piece of communications infrastructure, while freeing up cash for Vodafone which has been under pressure to revive sluggish performance.

The transaction is set to “generate substantial upfront cash proceeds for [Vodafone] to support our priority of deleveraging”, the telecoms company’s chief executive Nick Read said.

It “delivers on Vodafone’s stated aims of retaining co-control over a strategically important asset [and] deconsolidating Vantage Towers from our balance sheet”, he added.

Private equity groups have been ploughing money into infrastructure deals in recent years, and have been more easily able to access debt for such transactions than for other leveraged buyouts as financing markets freeze up.

The deal also underscores how buyout groups are increasingly turning to Gulf investors that have benefited from high energy prices and can stump up large sums as co-investors in deals.

Vodafone has been under pressure to overhaul its operations. The French telecoms billionaire Xavier Niel this year built a 2.5 per cent stake as he sought a shake-up, saying in September that there were “opportunities to accelerate . . . the streamlining of Vodafone’s footprint and the separation of its infrastructure assets”. 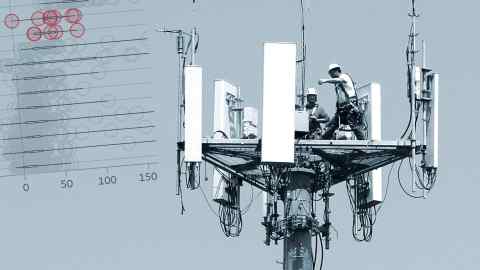 Europe’s biggest activist investor Cevian built a stake in Vodafone last year and had been pushing for the FTSE 100 company to sell poorly performing divisions and simplify its international portfolio, although it had sold the majority of its stake by June, according to people with knowledge of the matter.

“At KKR we are long-term conviction investors in Europe’s digital infrastructure,” the private equity firm’s co-head of European infrastructure Vincent Policard said. “At Vantage Towers we intend to . . . capitalise on the growth in this sector and to help drive consolidation in a fragmented market.”

The new owners would consider delisting Vantage Towers from the Frankfurt Stock Exchange after the deal closes, they added in the statement.

UK university staff to stage ‘biggest ever’ strike in November