UK university staff to stage ‘biggest ever’ strike in November


Staff at 150 UK universities will strike over pay and pensions this month in what unions warned will be the largest ever co-ordinated industrial action to hit higher education.

The University and College Union on Tuesday announced that more than 70,000 staff would walk out on November 24, 25 and 30, unless employers made “fast and improved offers”.

The strike is the latest skirmish in a long standing battle over stagnating wages, insecure contracts and cuts to retirement benefits at UK universities. It is also part of wave of national walkouts as rising inflation squeezes workers’ living standards across a number of sectors from health to transport.

Jo Grady, general secretary of UCU, said employers were “about to experience strike action on a scale never seen before”. On November 23 thousands of university staff will also take action by working only their contracted hours and refusing to cover for absent colleagues.

“UCU members do not want to strike but are doing so to save the sector and win dignity at work,” Grady said. “If university vice-chancellors don’t get serious, our message is simple — this bout of strike action will be just the beginning.”

UCU has been locked in a bitter dispute with employers over pensions, pay and working conditions since 2018. In February, university staff went on strike for 10 days at almost 70 institutions.

Previously, each UCU branch had to secure its own mandate and meet a legal threshold of 50 per cent turnout to enable a strike vote to go ahead. However, following a change in approach, the union has this time sought a single mandate across all universities, securing a 50 per cent turnout among all members.

Staff at some 150 institutions including the prestigious Russell Group will take part in the walkouts this month leading to the cancellation of lectures and disruption to courses for large numbers of students. 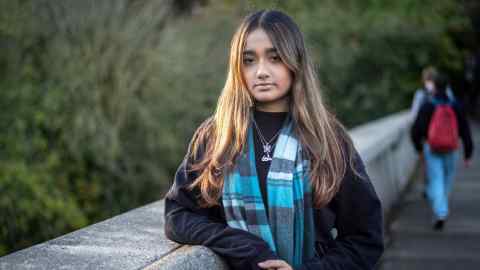 Grady last week called on UCU members to deliver the “biggest picket lines our union has ever seen”, adding that they would stand alongside “other unions in the movement”.

Teachers and headteachers in English schools are currently voting on whether to walk out, with a result expected in January. The Scottish teacher union will announce its own ballot result this week.

UCU said that the strikes this month could impact as many as 2.5mn students but Chloe Field, vice-president of higher education for the National Union of Students, noted that many on campus nevertheless stood “in solidarity” with lecturers.

The union is calling for a “meaningful pay rise” for staff in response to the cost of living crisis, following the offer of a pay increase starting at 3 per cent.

It also called for a reversal of cuts to sector pensions, made to plug an estimated £14bn deficit in the sectors’ pension fund. UCU argued that the deficit was overstated because it was based on a valuation at the height of the pandemic, and the scheme has since reported a surplus.

The Universities Superannuation Scheme hinted that economic shifts, combined with recent changes to the scheme, could allow improvements for pensions when a new valuation is held in March.

It said it would continue to meet the union while putting in place “measures to protect students’ education” during the strikes.

Which S&P Index Fares Better Under The Inflation Reduction Act?