Nimmo, 65, launched his UK smaller companies fund in 1997 and has delivered an impressive average return of 12.6 per cent a year over the 25 years since. He did this by tapping into the success of companies including Asos, Fevertree Drinks, Aveva, JD Sports Fashion, Computacenter, Diploma and Safestore Holdings, often getting in when they launched on the stock market and selling out at the right time.

“This year has been dreadful — we are sitting on a loss,” he says.

Nimmo originally trained as a surveyor, working in Saudi Arabia for three years before joining Standard Life in 1985. He covered US and UK larger companies before heading up the smaller companies team in 1993.

He remains a big believer in smaller companies. He says he will continue to hold a stake in the trust long into his retirement and sees no reason why 12 per cent annualised returns shouldn’t continue under his successors.

“I’ve always stressed you need to invest for the long term and accept long term risk, if history is our guide,” he says.

He argues the recent stock surge among the biggest US tech companies looks to be over. “I don’t believe there is a correct value for a share — it’s always changing and you have to get on board with companies that are changing for the better. And it’s easier to grow a business from £200mn than from £2bn.”

So when it comes to the poor performance of UK smaller companies in 2022, when does he expect to see a recovery? “There are still significant risks to be found,” he cautions. “It’s difficult to see a catalyst to near-term performance.”

His list of “bear” points — reasons for market pessimism — is as long as he can remember. It includes the UK being the least popular market in the world for global investors; political instability; inflation; higher interest rates; the housing market; the Ukraine war; and energy prices.

But he senses that the market will come to a turning point. “Smaller companies do well on the other side when we come out. I would say that’s in the next six months.

“I think markets will turn before interest rates are cut . . . They are about 18 months ahead of actuality.”

Asked about his investment choices, he likes founder-run businesses, which have dominated his top performers. YouGov, co-founded in 2000 by Stephan Shakespeare and Nadhim Zahawi, who first met while working in British politics, is still in the portfolio.

“It’s a unique approach to digital media and the source of panels,” he says. “You can’t create this overnight.” He likes YouGov’s capacity to slice and dice its data and sell it in different ways. “It has a quality earnings stream.”

Current themes in the portfolio include health and safety, computer games, self-storage, digitalisation, back office administration of assets and IT distribution.

Which single UK smaller company should investors hold for the next five years? Without hesitation, he picks Telecom Plus, which trades as Utility Warehouse, “an intriguing stock that’s been in the portfolio for many years”. The company offers discounted bundles of gas, electricity, mobile, broadband and insurance contracts, and Nimmo uses it for his own gas and electricity supply. 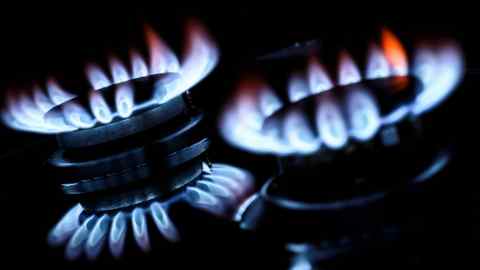 “Utility Warehouse uses a pyramid sales model,” he explains. “But they only sell to owner occupiers, which is important. You or I could be distributors and sign up our neighbours and friends. Then you get a sliver off your bill.” The referral system means “they have to provide a decent service and they don’t have to spend on advertising”.

He also praises the firm’s longstanding agreement with Eon, which handles the risks of buying energy, and the interesting management team. It has “an odd co-CEO system” — one is former Olympic rower Andrew Lindsay, and non-executive chair is Charles Wigoder, a bridge champion.

“They have had ups and downs but everything feels like it’s in their favour at the moment. They believe in everyday low prices. Other energy providers get people in on teasers,” he says.

Its share price surged by 120 per cent uplift in share price in the year to July 1. “It has good earnings momentum and it’s £1.6bn market cap but could be bigger,” he says. “It had better turn out well as it’s our biggest holding.”