Niche thematic funds, often dismissed as gimmicky fads, are proving more resilient than more mainstream funds, even as markets turn against them.

The funds — which invest in anything from clean energy and artificial intelligence to robotics and the metaverse — have higher survival rates than other equity funds, which are more likely to be closed down, according to analysis by Morningstar.

They have also seen proportionately stronger inflows this year than more mainstream equity funds, despite their tilt towards technology and other growth stocks often translating into larger losses, with total assets falling from a peak of $849bn at the end of last year to $618bn as of June 30.

The findings fly in the face of the prevailing view that thematic funds are simply designed to lure retail investors when a particular narrative is trending but unlikely to offer attractive returns in the long run.

“I was as surprised as anyone [about the findings]. It’s counterintuitive,” said Kenneth Lamont, senior fund analyst for passive strategies at Morningstar, who led the research.

“There might be a case for saying this isn’t a flash in the pan and the way that investors see investing has changed, particularly millennials, but not exclusively them.”

The most unexpected finding of the research was the long-term survival rate of stock market-based thematic funds, at least relative to equity funds in general.

A common view is that thematic funds are trendy by design, and that means they are likely to suffer significant outflows and be closed down and replaced by something newer and shinier when the trend ceases to be fashionable.

Further, the accepted industry narrative is that many such funds are launched speculatively and will never reach the requisite scale to be economically viable, prompting their sponsor to kill them off prematurely.

Morningstar found some evidence to support both perceptions. More than three-quarters of closed thematic funds globally never reached $100mn, with two-thirds not even peaking at $50mn.

Yet, non-thematic equity funds have closed at a still faster rate than thematic ones over every time period surveyed: one, three, five, 10 and 15 years, Morningstar found.

Lamont said the finding “may come as a surprise”, but suggested one factor that might help explain it was that the majority of thematic funds ever to have existed had been launched since 2017 and — at least until recently — had registered strong returns, helping bolster survival rates.

The other potentially unexpected finding concerns flows. The analysis confirmed earlier work that found “the timeworn pattern of investors chasing past performance”, with net inflows jumping in the quarter after monthly returns peak.

However, despite the average thematic fund suffering losses every month from November 2021 to June 2022 (the cut-off date for the research), barring a tiny gain in March, money has not been withdrawn in net terms, even if the erstwhile strong inflows have melted away.

Asset values “took a real hit as they are tech heavy, but their flows have been very flat,” said Lamont. “I came to this with the idea that these were trendy funds but we haven’t seen people stampede for the door.”

As a result, thematic funds’ share of total equity fund assets — 2.2 per cent as of June, triple that in 2012 — has remained flat or even risen since mid- year.

“I think there is a bit of muscle memory going on,” said Sleep.

Howie Li, global head of index and ETFs at Legal & General Investment Management, a big provider of thematic funds, said there “hasn’t been much panic selling, as we saw in 2020 when the pandemic struck.

“A lot of our clients are multi-asset investors, they are asset allocators. That’s where we have seen interest in our thematic strategies.”

Li believed that thematic investing had, to a degree, supplanted the more established concept of sector-based investing — buying, say, financial or energy stocks.

This is partly because sectoral funds, which typically utilise large-cap stocks, duplicate the exposures an investor has in their mainstream global or regional allocation, whereas thematic investing often introduces a new palette of holdings.

The bigger trend, though, may be that perceptions have changed.

“Increasingly, investors understand that disruption is taking place and new industries are emerging. They have the potential to evolve into sectors,” argued Li, citing robotics and cyber security as early examples.

“These can be long-term investment opportunities. We have seen investors carve out a portion of their portfolio dedicated to themes, typically a 5-10 per cent permanent allocation. You buy into it and leave it.”

As for the (relative) longevity of thematic ETFs, Li said LGIM would only launch a fund if it believed there was a “growth opportunity lasting into the next decade”. 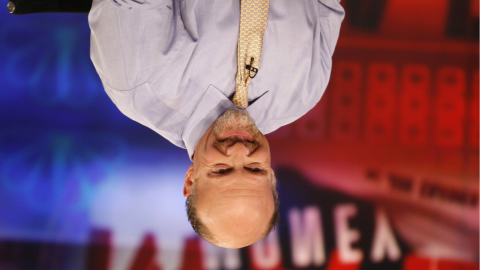 “The last thing we want to do is to put together something that is just a short-term fad,” he said.

Sleep was unconvinced that thematic funds’ survival rate would continue to be better than for equity vehicles at large, however.

“We are just at the end of a bull market for growth. I’m going to put a lot of money on it that the conclusion in 18 months’ time will be very different,” he said.