Venture capital dealmaking in the US has stayed at historically high levels in recent months, despite a partial retreat from the coronavirus pandemic-era boom in start-up financing that has followed this year’s decline in tech stocks.

The surprising resilience in the VC market, revealed in the latest quarterly data from PitchBook and the National Venture Capital Association on Thursday, comes as cash has continued to flood into the sector. Investors poured $151bn into venture funds in the first nine months of this year, topping the previous full-year record of $147bn set in 2021.

“There are even larger funds being raised, and a lot of dry powder — there’s still a very vibrant market out there,” said Aydin Senkut, founder of Felicis Ventures, a Silicon Valley VC firm.

Venture capitalists have been braced for a downturn for much of this year following the sharp drop in the valuation of high-growth tech stocks. The reversal has punctured a VC bubble in which the amount invested in venture capital deals in the US last year reached $343bn, nearly four times what it had been four years before.

Falling back from that high point, the $43bn invested in the latest quarter was 52 per cent lower than in the same period the year before, according to the PitchBook data. But that was still more than in any three-month period before the pandemic, with the exception of the fourth quarter of 2018.

The biggest fall-off has come in the market for late-stage private companies, whose valuations are most directly affected by falling stock markets. As big investors from outside the traditional VC world, such as SoftBank and Tiger Global, retreated this year, the amount ploughed into late-stage companies fell to $25bn in the latest quarter, 62 per cent less than the year before.

By contrast, investments in earlier-stage companies, as well as those in markets such as healthcare, clean tech, energy and transportation, have been less affected. The number of investments made in these four industries in the first nine months of this year topped all of 2020, according to PitchBook.

A number of tailwinds, including high oil prices and government policies to reduce carbon emissions, have contributed to the continuing surge in energy and clean tech investing, said Zack Bogue, a partner at DCVC, which is raising a specialist climate change fund. He said the rise of AI and the falling costs of computing have opened up ways for tech start-ups to break into the capital-intensive energy industry.

The picture has been complicated by a stagnant market for initial public offerings. Online grocery company Instacart, which hoped to go public this year, has cut its valuation from $39bn to $24bn. Many start-ups that raised sizeable amounts when markets reached record highs have opted not to seek funding this year in order to avoid lower valuations. 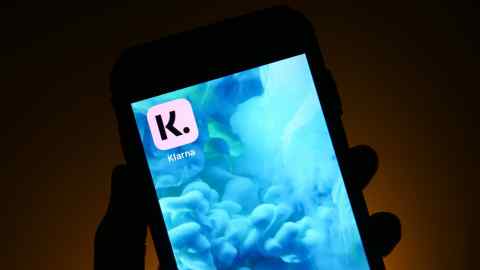 As a result, Senkut said, the only companies raising cash have been those able to show strong progress in their businesses, or those that are desperate for capital and have no alternative. Companies with higher valuations include TripActions, a business expense management software company, which this week raised $300mn at a $8.9bn pre-money valuation, up from $7.25bn last year.

However, trading in the informal secondary markets for private company shares suggests that overall valuations for private tech companies have been marked down sharply. According to Forge Global, which runs one such marketplace, shares in the average start-up were changing hands in August for 39 per cent less than the price achieved in their most recent fundraising rounds.

The post-pandemic recovery has been officially cancelled

The upside of a gilt market crisis