The UK pension industry is calling on the Bank of England to extend its emergency bond-buying programme past Friday on concerns trustees do not have sufficient time to shore up their portfolios against further shocks.

A rout in UK government bonds sparked by Kwasi Kwarteng’s “mini” Budget of unfunded tax cuts on September 23 pushed the UK’s pension industry into a vicious circle of forced asset sales. The BoE’s intervention five days later stabilised the market — but with its conclusion looming on Friday, industry participants are worried about another “cliff edge”.

“Giving pension funds a two-week window to get things in order was not a good idea because it made them into forced sellers and didn’t give much thought to the nature of pension fund assets and how quickly they can be turned into cash,” said Mark Hedges, a professional trustee with Capital Cranfield Pension Trustees Limited.

The Pensions and Lifetime Savings Association, which represents schemes with about 30mn savers with £1.3tn in retirement money invested, said that “many” funds would prefer the BoE’s programme to be extended at least until Kwarteng unveils his debt-cutting plans on October 31.

Carolyn Saunders, pensions partner at law firm Pinsent Masons, said that since “affected schemes and their investment advisers are still working through the actions needed to adapt and rebalance portfolios, there is a real concern that it is too early for the Bank to withdraw its emergency measures”.

David Fogarty, at professional trustee firm Dalriada, added that there was still “a lot of disorder” in liability-driven investing (LDI) strategies, which are widely used in the £1.45tn defined benefit pension industry. These hedging strategies helped funds match up their assets and liabilities during the long period of low interest rates, but required huge injections of collateral when Kwarteng’s fiscal plan sent gilt yields soaring.

Some funds are still receiving multiple requests to kick in extra cash to keep LDI policies in place, sometimes with same-day deadlines, according to Fogarty. “Trustee boards are genuinely struggling through a combination of availability and sometimes understanding,” he said.

Pension schemes in aggregate will have to come up with as much as £280bn to fully recapitalise their interest rate and inflation hedges with new lower levels of leverage, according to Nikesh Patel, head of client solutions at Van Lanschot Kempen. This is in addition to the £200bn that schemes have already had to deliver to meet LDI collateral calls.

An executive in liability-driven investing in London said whether pension funds would be prepared for the BoE to call off its bond-buying scheme was the “£1tn question”. Asset managers have been working all hours, including through the weekend, in preparation, he said.

“When someone has a three-hour window to either sell an asset or allow a hedge to be reduced it can be a tough call,” Fogarty said, adding that managers using LDI strategies sometimes need to reduce the level of their protection against adverse rate moves “because we simply don’t have the liquidity and sometimes because we have a preference to retain the assets that we would otherwise have to sell”. 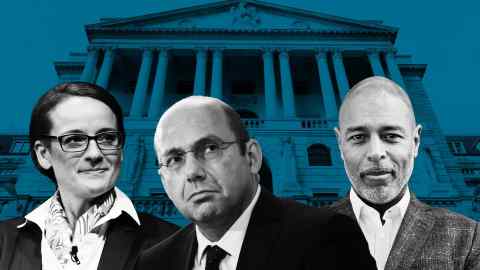 Bentley said schemes “still want hedges in place”. The London-based executive echoed that view, saying, “almost everyone wants to keep as much of the LDI coverage as possible . . . People who decide to cut are cutting at the edges.”

Schemes, managers and their counterparties are also reviewing operational bottlenecks to ensure smooth transfer of collateral.

Sonja Laud, chief investment officer at Legal and General Investment Management, one of the biggest players in the market, said a review of LDI “needs to evolve around operational processes: where were the bottlenecks and the pain points. The mismatch was the time to get the collateral — there was the money — you just couldn’t get to it.”

New Study Tackles One Of The Hard Problems Of Retirement Planning