The Bank of England’s renewed bond purchases have helped quell the mayhem in UK government bonds, and its hints of hefty interest rate increases in the pipeline have buttressed sterling. The pound now stands at $1.13, roughly the same level as before Kwasi Kwarteng, the chancellor, unveiled the “mini” Budget with a “maxi” impact. The government’s volte-face on the 45p tax rate cut and a vow to accelerate a debt reduction plan have contributed to a fragile financial calm.

Still, the aftershocks may be with us for a while to come. Unquestionably, the UK’s reputation among investors has been tarnished. And in reality the challenges have been mounting for a long time — too long to be banished by a rush of government briefings and a more aggressive central bank. Many investors see the UK’s outlook as poor and some fear worse could come.

Even before the recent market convulsion, Deutsche Bank’s research team warned that the UK was vulnerable to a classic “balance-of-payments crisis” that typically befalls struggling developing countries. What was then an unlikely doomsday scenario has become a little more possible to contemplate in recent weeks. The IMF weighing in to say that it is “closely monitoring recent economic developments in the UK and are engaged with the authorities” only heightened the emerging-market-crisis vibes. 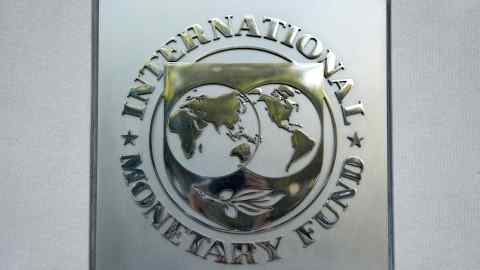 Fortunately, while the UK’s predicament is serious — and the government’s handling has been abject — the dangers of a full meltdown are overplayed. We still enjoy several key advantages that will help support the country through tough times. British investors should therefore be wary, but not panic.

Balance of payments crises can happen when a country imports more than it exports. Either overseas investors make up the difference, overseas savings are drawn down or the currency falls to bring balance to the overall current account. The risk is the “sudden stop” — when investors are abruptly spooked and refuse to bridge the difference.

The currency then tumbles and borrowing costs spike. Often, that can exacerbate the underlying challenges, notably by raising the cost of servicing an already-growing debt burden. This can then scare investors further and cause an accelerating spiral downwards until radical action — such as an IMF rescue programme, which the UK needed in the 1970s — helps to sever the feedback loop.

First, the bad news. And there is plenty of it. The UK is expected to be the slowest-growing major economy in the world next year, suffer one of the highest inflation rates, and report the biggest current account deficit of any G20 country. And if possible, the UK’s fiscal situation will get even worse.

Analysts at RBC estimate that the UK will now have to sell a net £226bn of gilts in 2023-24 to finance the swelling budget deficit. Adding in the cost of compensating the Bank of England for losses on its bond portfolio and the additional supply of gilts from the central bank’s planned “quantitative tightening” sales means that investors will have to absorb as much as £390bn of UK government debt over the next 18 months — obliterating the previous record of roughly £130bn in 2010-11.

No wonder sterling remains twitchy. But the BoE cannot intervene massively in currency markets to support sterling, as the Bank of Japan has been doing with the yen lately. The BoJ has a $1.2tn war chest, while the BoE has a measly $108bn. That is enough to cover only a few months’ worth of imports.

So the onus for controlling inflation and stabilising sterling will fall on the Bank’s bluntest and most powerful tool: interest rates. Markets are currently pricing in that the UK central bank will have to jack up rates by a full percentage point to about 3.25 per cent next month, and to a peak of 5.5 per cent next year. Before the “mini” Budget the forecast peak was 4.5 per cent.

Mortgage rates have already jumped sharply this year and now stand at over 6 per cent for a two-year fix, compared with 4.7 per cent before September 23. A series of big interest rate increases yet to come from the BoE will hurt many households further, at a time when spiralling inflation is already painful. The result is a dour economic outlook for the UK, which will undoubtedly weigh on the valuations of many listed British businesses, and of residential property, most people’s biggest asset.

Nonetheless, a classic debt crisis still looks unlikely. Most of the essential kindling needed for such a conflagration is thankfully missing in the UK.

First of all, yes, the UK’s foreign currency reserves look puny in comparison with many other countries. But the UK doesn’t borrow in an overseas currency, as many emerging markets do. When sterling tumbles it doesn’t ratchet up the debt burden for anyone but a few big UK multinational companies that borrow in dollars. In fact, as long as things do not become disorderly, a floating currency such as sterling acts like a pressure release valve, helping imbalances even out.

The details of the UK’s public debt are also favourable. The weighted average maturity of the UK’s government bonds is nearly 15 years, compared with about six years for both Germany and the US. This means that it takes time for rising yields to filter through into the UK’s state finances. And as dramatic as the recent bond sell-off has been, the government can still borrow money for the next three decades and pay just 4.2 per cent annually.

Finally, the UK remains a small but important pillar of the global financial system, with a large domestic investor base and an even bigger global one willing to lend. Sterling remains a popular reserve currency for overseas central banks, which hold about $580bn worth of gilts. That status is not easily destroyed.

The lack of any real fear over the UK’s solvency can be seen in the price of so-called credit default swaps, a kind of insurance-like contract that allows investors to insure against or wager on a country reneging on its financial obligations. The price of five-year UK protection has risen slightly to 45 basis points this year, but that is only narrowly ahead of the 32 bps cost of French CDS, and far below the 163 bps it currently costs to insure against an Italian default.

The UK faces a testing time, even beyond the immediate challenges of paying for the fuel to keep the lights and heating on this winter. The most likely scenario is that inflation stays painfully high for uncomfortably long, government borrowing costs rise to compensate investors for the additional risks, and sterling starts weakening again — perhaps below parity against both the dollar and the euro.

Savers can look forward to higher interest rates as the BoE attempts to bring inflation down, while mortgage holders are squeezed and UK shareholders continue to grind their teeth.

How Wall Street became infatuated with the music industry