US employers cut more than 1mn job vacancies in August, in a sign that the Federal Reserve’s aggressive efforts to cool the economy are starting to hit the labour market.

The monthly decline was the second sharpest in two decades of data, eclipsed only by April 2020, when widespread lockdowns froze hiring at the onset of the coronavirus pandemic.

The figures come before the release of official jobs data on Friday, which will be closely watched by investors for its influence on how the US central bank will continue with its campaign to stamp out inflation that is running near its highest levels in four decades.

Job vacancies, a measure of labour demand, stood at 10.05mn, according to data released on Tuesday by the US labour department, representing more than 1.1mn fewer listings than in July.

It was one of the biggest one-month drops in vacancies in two decades of data analysed by the Financial Times, second only to the 1.2mn decline reported in April 2020 after Covid-19 was declared a pandemic.

Even as other parts of the US economy have slowed, the labour market has remained hot, keeping upward pressure on inflation. But other figures from the Job Openings and Labor Turnover Survey (Jolts) released on Tuesday also indicated that the employment market could be slowing.

The number of workers who voluntarily quit their jobs has been trending down in recent months, but was little changed in August at 4.2mn. So-called quits are still hovering above pre-pandemic levels, a sign that workers are confident they can find new employment opportunities. Meanwhile, the ratio of job vacancies to unemployed people stands at 1.7, having steadied at two for the past six months.

“The Jolts report today shows some clear signs that the job market is cooling even if it’s starting from a high temperature,” said Daniel Zhao, an economist at jobs site Glassdoor.

The decline in job vacancies should provide some relief for the Fed, which is in the midst of its most aggressive campaign to tighten monetary policy since the early 1980s. Last month, it implemented its third consecutive 0.75 percentage point interest rate increase, which lifted the federal funds rate to a target range of 3 per cent to 3.25 per cent.

As the Fed lifts rates to a level that actively restrains the economy, policymakers believe the labour market is so tight that it can achieve a better balance without material job losses. They are hopeful employers, who have struggled since the onset of the pandemic to find workers, will be more hesitant to reduce headcount at a time when consumer demand is still elevated.

That runs counter to the view held by many Wall Street economists, who forecast the unemployment rate to hover at or above 5 per cent as the Fed ploughs ahead with its efforts to return inflation back to its 2 per cent target. A recession under those circumstances is an inevitability, they argue. 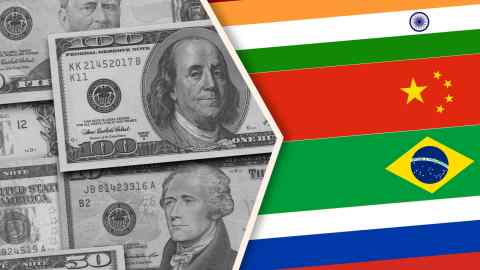 In his first public remarks since becoming Fed governor, Philip Jefferson on Tuesday described the labour market as “very tight”, but said the supply and demand imbalance “seem likely to ease some”.

Powell and other officials have more directly acknowledged that the process to restore price stability will involve “some pain”, but still stop short of forecasting a recession. At the press conference that followed the September rate decision, however, Powell admitted: “No one knows whether this process will lead to a recession or if so, how significant that recession would be.”

The labour department will release non-farm payrolls data on Friday, which economists expect to show the US economy added 250,000 jobs in September — potentially the smallest monthly increase this year. The unemployment rate is forecast to remain steady at 3.7 per cent, close to a five-decade low.