Crypto industry is not as ethical as private equity, says buyout billionaire


Orlando Bravo, the billionaire co-founder of Thoma Bravo and a bitcoin enthusiast, has said he was disappointed to find that ethical standards in parts of the crypto industry are not as high as in private equity.

Bravo, whose buyout group invested about $150mn in Sam Bankman-Fried’s cryptocurrency exchange FTX last year and has stakes in four other businesses in the sector, said in an interview with the Financial Times that his firm is pausing investments in other crypto companies.

The private equity executive said he was happy with the deals Thoma Bravo had done so far but he had come across problems in the wider industry.

“I’ve gotten to know that world a little bit more, and some of the business practices don’t rise to the level of ethics that we’re all used to in private equity with your investors and your customers and your community, and that has been a bit disappointing,” he said.

Bravo, who has said he personally owns bitcoin, criticised the crypto market for what he called a “disturbing” lack of transparency. But he stressed that he was still bullish about bitcoin and believed the industry was “just young” and ethical problems would “get fixed over time”.

Miami-based Bravo’s profile has rocketed as his private equity firm has grown from a niche player to a $122bn giant in recent years, ploughing tens of billions of dollars of investors’ cash into leveraged buyouts of enterprise software companies just as valuations surged. Its companies include UK-based Sophos and Stamps.com.

He has been a vocal proponent of bitcoin, writing on Twitter about his bullishness and speaking at a bitcoin conference in Miami. In January he posted that the cryptocurrency “stands tall as the ultimate store of value”.

This year the price of bitcoin has fallen 50 per cent and the crypto industry has been rocked by a series of crises. TerraUSD, a token designed to track the dollar, has collapsed, crypto lending platform Celsius fell into bankruptcy and stablecoin provider Tether has faced scrutiny over the nature of its reserves.

As well as FTX, Thoma Bravo has taken minority stakes in the crypto companies Anchorage Digital, FalconX, Figment and TRM Labs, using a growth fund it raised last year. The fund has $1.5bn to deploy in total, according to PitchBook figures.

Asked whether he would do more crypto deals in the current climate, he said: “We do more of what has been very, very successful and if something is not successful yet, we don’t rush to do 10 other things . . . We’re really happy with what we have and we want to see that grow and be successful before we can do a lot more.”

However, he said, the firm would “certainly look at” putting more money into FTX if it held another funding round. The Bahamas-based crypto company was going to be “a big winner”, he said, describing 30-year-old Bankman-Fried as “one of the best entrepreneurs” he had come across.

Bravo’s comments came as he and other dealmakers from around the world gathered for the IPEM private equity conference in Cannes and as the economic conditions that propelled a decade-long boom in the industry go into reverse.

Thoma Bravo considered providing equity for Elon Musk’s bid to buy Twitter earlier this year, which would have been a departure from its model of buying enterprise software companies. “It looked like an enterprise software deal in terms of all the metrics,” Bravo said.

Twitter relies on advertising for much of its revenue, in contrast to many enterprise software companies that have steady, stickier revenues from corporate clients paying to use their products. Asked whether the two were really comparable, he said: “You have a very, very good point . . . you have to be pretty creative if you want to do the newer things in software.

Bravo, whose firm rushed into the booming market for special purpose acquisition companies, or Spacs, said the model should be made more like private equity. Spacs have been criticised for enriching the so-called “sponsors” who set up the cash shells, even if the target company loses value after going public.

Thoma Bravo’s Spac merged with Israeli software company IronSource last year. IronSource’s shares have fallen from a peak above $13 to $3.56.

“The market was on fire and we took a shot,” he said. “There just has to be better alignment, and if people could just copy the private equity model into a Spac, it would be much better . . . Have the Spac sponsor only make money if the stock goes up”.

He said software investment was “the perfect place to deal with inflation, no question” because with a $100,000 software product, a company “could take out 50 people or do a lot more with the labour that you have”. 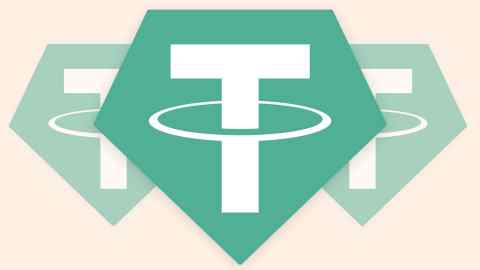 Earlier at the conference, Mikkel Svenstrup, chief investment officer at Denmark’s largest pension fund ATP, had compared private equity to a pyramid scheme, saying firms sold too many companies to other buyout groups or to their own funds. Bravo disagreed with the comments.

“We’ve sold so many companies into private equity and they have done so well with them,” Bravo said. “They may have a thousand ideas that you don’t have over your five years of ownership and they crush it, and good for them.

“People don’t say . . . that the public markets are a pyramid scheme,” he added. “Fidelity’s buying from Capital Group who’s buying from a hedge fund . . . you’re just looking to do the best trade.”