The president of the European Commission has promised a beefed-up trade policy to combat China’s global influence. But when Ursula von der Leyen announced her plans, she made no mention of the stalled trade pact with Latin America’s biggest trade bloc.

Speaking in Strasbourg this month, von der Leyen said she would submit trade agreements with Mexico, Chile and New Zealand for ratification by the European parliament and member states and pursue talks with Australia and India. But the sweeping 2019 pact with the South American Mercosur bloc was ignored. Mercosur includes Brazil and Argentina, two of the biggest economies in a region where Chinese trade and investment have grown significantly over the past two decades.

Brussels is awaiting the result of Brazil’s October presidential election, insisting Brasília sign a separate commitment to protect the Amazon, before it ratifies the Mercosur deal. Polls suggest leftwinger Luiz Inácio Lula da Silva will defeat rightwing populist Jair Bolsonaro, who has strained relations with most EU leaders because of his failure to rein in deforestation and support indigenous rights.

But the lack of progress has worried Josep Borrell, the EU’s foreign policy chief. In July, the Spaniard prepared a confidential paper for foreign ministers, seen by the Financial Times, which mapped out the need for a “qualitative leap in relations” with Latin America and the Caribbean within 18 months.

It warned of a “sense of EU disengagement”. The failure to complete trade deals “undermined the EU’s credibility” while “China’s presence and influence in the region has risen exponentially”.

While Lula generally favours closer ties with the EU, one of his close allies told the Financial Times that a new Lula administration would try to renegotiate parts of the Mercosur deal.

Lula, who was president for two terms from 2003-10, regards partnership with the EU as “strategic for Brazil and for Latin America”, said Celso Amorim, his foreign minister during that time.

But Amorim, who has advised Lula on foreign policy after stepping down, said a Lula government would be likely to “want some adjustments” to the text of the pact and had concerns over areas such as intellectual property protection and government procurement. “We want to be sure that nothing impedes the technical or industrial development of Brazil,” he said. “We don’t want to remain just a producer of raw materials.”

Any changes would need to be agreed by Brazil’s Mercosur partners Argentina, Uruguay and Paraguay as well as the 27 EU member states.

A Lula government, Amorim added, was open to changes wanted by the Europeans to strengthen provisions on climate and human rights “as long as this does not interfere with Brazilian sovereignty”.

Lula suggested last month that the EU-Mercosur treaty was unfavourable to Brazil in some areas. “Negotiations must be something in which everyone wins . . . what we want in the discussion with Europe is to not give way on our interest in reindustrialising [Brazil]”, he told foreign journalists.

However, one EU official said reopening an agreement that took years to conclude would be a “nightmare”, especially as many member states have become more sceptical about doing new trade deals since 2019.

Pedro Miguel da Costa e Silva, Brazil’s ambassador to the EU, said Brazil had signed up to all the relevant international treaties: “You should not take the agreement hostage because you have these other issues,” he said in an interview.

Brasília could discuss signing a joint agreement to curb deforestation, but it must be “balanced and equitable”, he said, pointing out that his country had other suitors. “The strategic partnership we forged with the EU has been inactive. Latin America is off the map for the EU.”

The stalled Mercosur deal is not the only wrinkle in the EU’s trade relations with Latin America.

A trade and partnership deal with Mexico has sat unratified for four years because of concerns in Europe over environmental and labour rights. Chile’s is still awaiting sign-off after Paris blocked the EU deal because of French farmers’ concerns about increased chicken imports.

EU trade commissioner Valdis Dombrovskis is travelling to Latin America later this year. One EU official, speaking on condition of anonymity, said the war in Ukraine had demonstrated that the EU needed a wider range of allies, especially the democratic countries of Latin America.

“If you want to win votes in the UN you cannot just rely on the EU, US, Canada, South Korea and Japan. We need to work with many more countries”.

Latin America, a big copper and lithium producer, is also a source of minerals vital for the EU’s green energy transition.

“Africa is already leased out to China because they have been more strategic than democracies have. We cannot allow the same to happen to Latin America,” the official said. 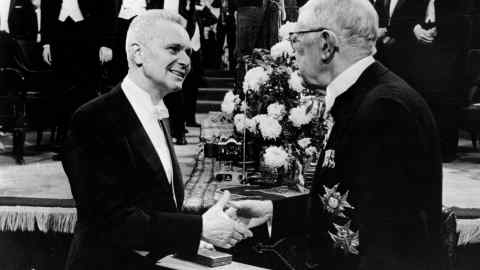 Javi López, a Spanish socialist who chairs the European parliament’s delegation for Latin America, claimed a Lula election victory would be a vital opportunity to forge better relations.

“We are good friends but we need to invest time and political capital if we want to be allies,” he said, adding that there had not been a summit between the EU and Latin America for seven years.

“The Amazon is being used as an excuse to stop trade. Some [EU] countries are protecting their agricultural industries.”

The commission said the deals with Mexico and Chile could be presented for ratification to member states and the European parliament this year. As for the Mercosur pact, it added: “We look forward to engaging with Brazilian authorities, as well as with the other Mercosur countries, to bring the ongoing process to a successful conclusion.”