The Financial Conduct Authority has raised hopes that a payout of more than £300mn could be awarded to investors in the collapsed £3.7bn Neil Woodford fund, ahead of a court case which is expected to start in December.

The City regulator said this week that evidence gathered during its ongoing investigation into the Woodford scandal was likely to demonstrate that Link had committed misconduct in its key role as the administrator of the collapsed fund. This could result in Link having to pay penalties and compensation of up to £306mn, according to the FCA.

But Australia-based Link has indicated that it could try to walk away from its UK-based fund administration subsidiary Link Fund Solutions (LFSL) after stating it had not made any commitment to provide financial support to LFSL.

“Any liabilities relating to the Woodford matters will be confined to LFSL,” said Link in a statement to the Australian Stock Exchange.

Link also indicated that it would also consider mounting a legal challenge to any redress payments demanded by the FCA. An appeal process could take more than a year if Link rejects the FCA’s proposed settlement, according to legal experts.

Investors and UK parliamentarians have been infuriated at the slow pace of the Woodford investigation by the FCA. It was forced to make a statement after Australia’s financial regulator this month cleared a A$2.5bn takeover bid for Link by Dye & Durham, a Toronto-based software group. 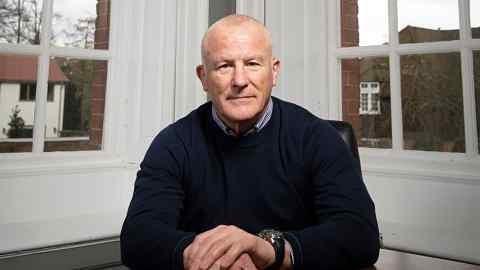 The FCA said it would approve the takeover of Link if Dye & Durham then assumed the responsibility for the £306mn in potential redress payments, a condition which the Canadian group said it would assess.

Whether Link Fund Solutions could pay compensation without further support appears uncertain. Details of the company’s capital position and insurance coverage were redacted in the FCA’s statement.

Link Fund Solutions reported pre-tax profits of £7.2mn from revenues of £42.6mn for the financial year ending June 2021. It held net assets of £49.8mn in June 2021 and the independent auditor KPMG said at that time that it had not identified any significant doubts regarding the company’s ability to continue as a going concern.

Link Fund Solutions did not respond to a request for comment.

Lawyers intending to pursue Link in a court case on behalf of investors expressed frustration at the lack of progress made by the FCA.

“It is astonishing that it has taken a takeover bid of Link Group for the FCA to provide this indication that it considers Link did breach its duties regarding the Woodford Equity Income Fund,” said Meriel Hodgson-Teall, a solicitor at law firm Leigh Day.

Hodgeson-Teall said that any compensation paid to investors as a result of FCA action would be separate from her firm’s claims and the regulator’s statement “reinforces the allegations we are making on behalf of our clients”.

The lack of information provided by the FCA was criticised by Daniel Kerrigan, a senior associate at law firm Harcus Parker which, jointly with Leigh Day, intends to bring a court case on behalf of investors against Link in December.

“The FCA has not provided any explanation as to how it reached the figure of £306mn as the maximum potential compensation which the regulator would require Link to pay to Woodford’s investors. The FCA has said Link would have the right to challenge any decision and this has raised more doubts over what the eventual settlement might be and who else might be caught,” said Kerrigan.

The FCA said this week that “multiple parties” were still under investigation. One of those parties is believed to be Neil Woodford.

Another lawsuit led by claims management firm RGL Management is expected to be filed in the coming weeks, according to people familiar with the matter.

The Woodford Equity Income Fund came under pressure in 2019 when it struggled to meet investor withdrawals from its portfolio which had significant holdings in illiquid private company shares that were hard to sell.

Link froze the fund in June 2019, trapping the money of 300,000 retail investors. It has since returned £2.54bn to investors from the sale of assets in the frozen fund. But the sale of any remaining assets might not be completed until 2023 or later.

Fund platform AJ Bell calculated that if all the assets were returned and the full £306mn paid out, investors would still only have received 80p for every £1 they had invested at the moment the fund was frozen.

Investors have faced painful delays on all fronts as they await repayment, the lengthy legal process and the outcome of the FCA’s probe.

FCA chief executive Nikhil Rathi said in a letter to the Treasury select committee of MPs in December 2021 that “all key evidence has been gathered” but the watchdog needed more time to decide what action to take.

Ryan Hughes, head of investment partnerships at AJ Bell, said the FCA statement this week was “the first sign that the investigation into the collapse of the Woodford fund is perhaps coming closer to completion”.

But, he added, investors would probably not hear details of any redress scheme until after the FCA’s investigation was completed.

Patagonia chair: ‘Put that in your pipe and smoke it, Milton!’

Buying My First House At 63