Slim pickings on the markets and the river


My hobbies of salmon fishing and the stock market have two things in common. Both require patience and are highly unpredictable.

One never knows when or why a salmon may take. Neither does one know whether a 7am stock market announcement will bring a surprise takeover or a disappointing trading statement. Sometimes a week can bring both disappointment and pleasure.

This year, my salmon fishing week on the river Tweed was a disaster. Last year we caught 15, but this year the river was unfishable. There was hardly any water following the drought conditions and what was there was choked with weed.

On the other hand, it was a week of pleasing news for stocks in my portfolio: an encouraging trading statement from Lok’nStore; dividend increases of 40 per cent from Aviva, 36 per cent from Vivendum, 5 per cent from Legal & General and 2 per cent more from an already high-yielding M&G.

I returned from Scotland moderately happy. Then came a savage blow on Monday morning: an unexpected profits warning from flavourings maker Treatt, my largest holding. A combination of currency losses and a fall in iced tea revenues in the US did the damage. Having already de-rated from a near £13 peak to £8, Treatt shares had plunged to £5.40 by the close on Monday.

However, I still regard it as a great company. Order books are at record levels and the move to its new state of the art Bury St Edmunds facility has gone well, with major economies to follow. I did modestly slim down my holding in 2020 and 2021, selling just short of £11, but this is scant comfort.

On paper it is a big setback, but as a patient long-term investor I will stay firmly aboard. Treatt has delivered spectacularly over the years and I expect a steady recovery, unless an unwelcome predator appears, taking advantage of its substantial fall in capitalisation.

The huge rise in energy prices will cause fear and misery for so many — consumers and business owners alike. The new Conservative administration has a massive decision to make in the form and size of government support.

Some sectors will benefit: pawnbrokers, probably equity release providers, and likely two of my own holdings, insolvency specialist Manolete and business broker Christie.

However, I have had to spend more time recently focusing on family matters. Sadly, my wife died last October, leaving her shareholdings to me. Unsurprisingly, as I had managed her portfolio, we had many common holdings.

It was an easy decision to retain Anpario after 15 years of uninterrupted dividend increases; Appreciate, which has been steadily recovering; Concurrent Technologies, which recently announced a supply agreement with a Fortune 500 global technology medical company; Lok’nStore; Vivendum; and the three high yielders, Aviva, Legal & General and M&G.

Other holdings I decided to retain include Chesnara, Duke Royalty, Phoenix and Rathbones, plus a large PZ Cussons holding, where the jury is still out. I have made eight sales from this inheritance: BP, GSK, Haleon, National Grid, Primary Health Properties, Town Centre, VP and Workspace.

Many of these are fine companies, but I do not want to end up with too many holdings, preferring to build up existing favourites. With the proceeds I have so far bought more Phoenix for its high yield and STV (Scottish Television), much underrated and undervalued. 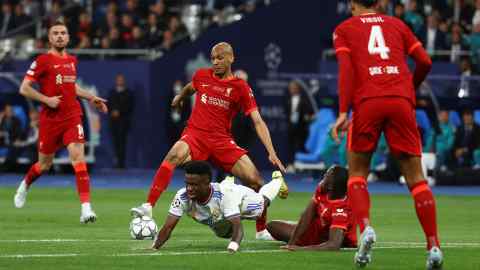 Looking to the next generation, I have implemented my plan to take out Junior Isas, via their mother, for two of my grandsons. I bought small holdings in 12 stocks which hopefully they can identify with: Bloomsbury, Greggs, Halfords, Hollywood Bowl, Hotel Chocolat, JD Sports, Marks and Spencer, Ocado, Restaurant Group (Wagamama), J Sainsbury, Standard Chartered (sponsoring Liverpool FC) and Tesco.

A family holiday in Newquay gave me the opportunity to talk to the boys about the shares, which they carefully listed in their notebooks, and to explain that in total they could expect approximately £100 of dividends each year, a prospect that excited them considerably more than the capital values.

When the subject of the hotel bill came up on our final day, the eight-year-old Eli sweetly offered to lend me his shares if this would help. Please note “lend” rather than “give” — so perhaps he is already learning. Thankfully, even after the Treatt blow, I could still handle our bill.

To return to more serious matters, with a general election now only a couple of years away, perhaps earlier, investors have to consider the real prospect of a centre left government.

It seems a near-certainty to me that this would deliver a rise in the top rate of income tax and a likely parallel rise in capital gains tax to that level. Thus, the current 20 per cent top rate of CGT looks modest indeed.

So the question for investors holding shares pregnant with significant profits — probably longstanding holdings — is whether to take profits well before a change to CGT.

Similarly, will major shareholders in small-cap stocks, probably founders or chief executives, court takeovers earlier than planned given likely CGT rises and the possible loss of other taxation benefits such as business property relief? Taking some profits now is something I will be seriously considering.

Lord Lee of Trafford is an active private investor and author of “Yummi Yoghurt — A First Taste of Stock Market Investment”. He is a shareholder in all the companies indicated