A brief summer rally in industrial metals prices has sharply reversed as the worsening energy crisis in Europe and signs of a slowdown in manufacturing behemoth China spook traders.

The S&P GSCI index of industrial metals has dropped more than 9 per cent since mid-August, leaving it back near its lows in July when fears of a global recession were swirling across trading desks. The gauge, which tracks the spot price of metals including copper, nickel and aluminium, is down 17 per cent in 2022, having been up more by more than a quarter at its peak in the wake of Russia’s invasion of Ukraine.

The renewed selling in metals that are used to make a wide range of products like car parts, steel and electric wires highlights how concerns about global demand are again coming to the fore as economists worry that a surge in energy prices will weigh heavily on industry.

“This is all about recession and recession fear,” said Clive Burstow, head of natural resources at Barings, an investment management firm. “The fear is we are in an energy crisis driving us to a recession. Where we get the tussle in the market is how deep is that recession going to be.”

European gas prices jumped 17 per cent on Monday, pushing them back towards the record highs they reached late last month, after Russia said it would indefinitely suspend flows of gas through a key pipeline to Europe. Higher gas prices are sparking fears that both big businesses and consumers will need to cut back on their usage to lower their bills.

“Demand destruction is happening on the consumer side, so it’s filtering through to the metals markets,” said Peter Ghilchik, head of multi commodity analysis at CRU, a consultancy.

Copper, a barometer for global economic health, has fallen about 6 per cent to above $7,650 a tonne in just over a week, snuffing out most of the widely used industrial metal’s rebound after it crashed from its record high in March above $10,600 a tonne. Steelmaking ingredient iron ore has dropped below $100 a tonne, from a high of over $160 per tonne earlier this year.

Adding to the gloomy outlook has been a string of disappointing economic data out of China as the world’s largest consumer of raw materials continues to put areas under Covid lockdowns, extending curbs covering tens of millions of people in Chengdu and Shenzhen.

In the US, the Federal Reserve sent a strong message last month on its determination to tame surging inflation by boosting interest rates, which has helped to power the US dollar to a 20-year-high against a basket of major currencies. Commodity prices, mostly traded in the US dollar, tend to fall as a strengthening US currency makes them more expensive.

Colin Hamilton, managing director of commodities research at BMO, said that a steady weakening of China’s renminbi against the dollar had further fuelled the commodity slump since it makes raw material imports more expensive for China. 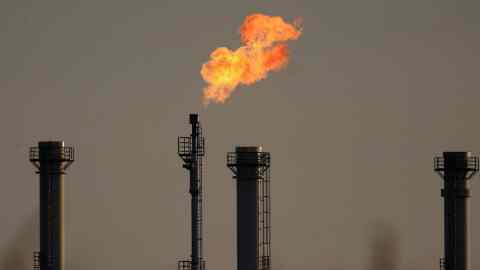 Concerns over the economy in Europe, the US and China prompted German bank Commerzbank to downgrade prices for the most important base metals for the next two quarters.

Nevertheless, concerns over supplies are helping to limit the falls in industrial metals prices, analysts said. The sector has already been hit by the shutdown in manufacturing facilities due to skyrocketing gas and energy prices in Europe. At the end of last week, Dutch aluminium producer Aldel announced that it would halt production at one of its plants and ArcelorMittal said it would switch off one of the blast furnaces at a steelworks in Bremen, Germany.

Ghilchik said that the bulk of the sell-off for metals is done but expects a bumpy ride in weeks ahead as traders gauge the depth of recession against the tightness of supply.

“It looks like prices have hit or are near to a cyclical low and in general commodity prices should remain supported by supply concerns and other factors,” he said.

Goldman Sachs said commodities were pricing a recession more than any other asset class. “Excessive recession fears continue to grip commodity markets,” its analysts wrote in a note, adding “physical fundamentals signal some of the tightest markets in decades.”

Slim pickings on the markets and the river