Workers are leaving pension schemes or cutting their contributions, trade unions say, as the cost of living crisis prompts desperate measures that will reduce their retirement funds.

The warning comes as UK inflation is predicted to hit 18.6 per cent, the highest rate among larger western economies, and as real wages fall at the fastest rate for at least two decades.

The Trades Union Congress, the UK’s main movement for organised labour, said a growing number of its members in the private and public sectors were leaving their pension schemes.

“In the face of falling pay and rising bills, it’s understandable workers feel under pressure,” said TUC deputy general secretary Paul Nowak, who called on employers to do more to support staff, including increasing pay.

The BTU, an independent union that represents employees of Lloyds Banking Group, told the FT it had seen similar actions by bank staff.

“We’ve been contacted by Lloyds members who are reducing their pension contributions because of the cost of living crisis,” said Mark Brown, general secretary of the BTU.

One employee, a customer services assistant earning close to £23,000, said she had decided to reduce her contributions from 3 per cent to 2 per cent.

However, lower paid staff have to contribute 6 per cent to their pension pot to receive the maximum 15 per cent company contribution compared with the 3 per cent required for senior bankers, including chief executive Charlie Nunn.

While the discrepancy between pay bands has narrowed after a change in policy in 2020, it remains higher than high street rivals such as HSBC, Barclays and NatWest.

“It’s very unfair and divisive to employ higher earners on different pension terms to their wider workforce and unlikely to create a positive and supportive working environment or corporate culture,” said Luke Hildyard, director of the High Pay Centre think-tank.

Lloyds did not immediately respond to a request for comment.

Peter Tutton, head of policy at debt advice charity StepChange, warned that such action by employees could severely impact their financial stability in future. 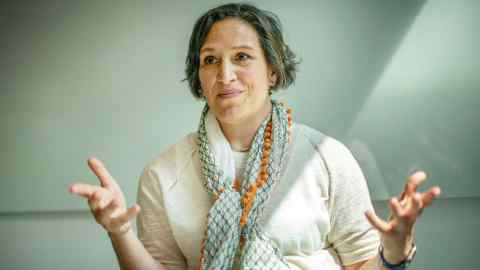 Meanwhile, employers are being encouraged to look at what more they can do to assist employees under financial pressure who are looking to quit their pension plan.

Mark Futcher, a partner at actuarial consultancy Barnett Waddingham, said he had held discussions with companies about the “potential” for more supportive policies on pension opt-outs.

“We have not seen many [opt-outs] at the moment but we do expect to see more,” he said. “Where employers offer generous contribution structures above the automatic enrolment minimum, 3 per cent of pensionable pay, the employer could allow employees to temporarily pause their employee contribution for a period of three to six months to ease the cost of living.”

Are you facing difficulties managing your finances as the cost of living rises? Our consumer editor Claer Barrett and finance educator Tiffany ‘The Budgetnista’ Aliche discussed tips on the best ways to save and budget as prices across the globe increase in our latest IG Live. Watch it here.

Has the tried and tested 60/40 strategy soured?