US private equity group Blackstone is vying to buy Pink Floyd’s back catalogue, a big bet on music rights that could value the band’s songs at almost half a billion dollars.

The buyout group would strike the deal through Hipgnosis Song Management, the company founded by Elton John’s former manager Merck Mercuriadis in which Blackstone owns a majority stake, according to corporate filings.

A Pink Floyd deal would burnish Blackstone’s credentials as a main player in the music rights business. The band is one of the best-selling groups of all time and its catalogue is sought after, with Sony Music, Warner Music, KKR-backed BMG and Oaktree-funded Primary Wave also bidding, five people with knowledge of the matter said.

The Pink Floyd deal could be worth more than all HSC’s current holdings combined, underscoring its seriousness about the industry despite rising interest rates making such deals less attractive.

Artists such as Bruce Springsteen and Bob Dylan have sold their songbooks to music companies for hundreds of millions of dollars in recent years, while private equity firms piled into the market in search of steady returns during the long period of low interest rates.

The catalogue of the UK band spans hits such as “Money”, “Comfortably Numb” and “Another Brick in the Wall”. A deal could be agreed within a few weeks, the people added.

Pink Floyd is selling both the copyrights to its songs and its recordings, or master copies, making its catalogue one of the most valuable to come to the market. It is seeking £400mn or more for these copyrights.

A weaker sterling over the past few months has meant that the price tag of the deal has become cheaper in dollar terms for the American bidders. 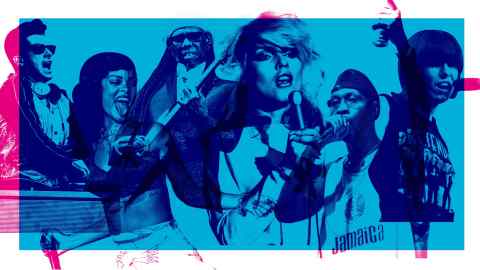 The Hipgnosis fund this month issued $222mn of asset-backed securities — bonds that use the music copyrights as collateral. This was used to refinance the debt it took on to initially fund the $341mn of music purchases.

The debt will cost the Hipgnosis fund more than 6 per cent a year, compared with just under 4 per cent that KKR-backed Chord Music Partners will have to pay on a similar debt deal arranged in January.

The KKR-backed deal is tied to about 62,000 songs by artists including The Weeknd and Lorde.