Shareholder attendance at company annual meetings has dropped in the UK this year, leaving it trailing behind other countries where companies’ embrace of video conferencing has been a boon to shareholder engagement.

The number of investors showing up to UK companies’ annual general meetings slipped by 9 per cent in the first half of this year, according to data from Lumi, a company that provides technology for most FTSE 350 AGMs. The decline in UK turnout came despite the fact that investor attendance more than doubled worldwide, the data show.

The rise of environmental, social and governance (ESG) investing has encouraged shareholders to take a more active interest in how the companies they own are run, leading more investors to attend votes on key decisions. The switch to online and hybrid meetings during Covid-19 lockdowns also made it easier for investors to participate.

However, Lumi blamed the dip in UK turnout on more companies reverting to in-person AGMs following the end of pandemic restrictions.

“Companies that have gone hybrid this year have seen increased attendance and increased engagement,” said Kerry Leighton-Bailey, director of shareholder engagement at Lumi.

But in the UK, she said, “a large number of companies have returned to physical-only meetings”, which are not as well attended.

“Obviously, not everyone can turn up to the QE2 building at 11 o’clock on a Tuesday morning,” she said, referring to the London conference centre where large UK AGMs are often hosted.

Annual meetings have become a battleground for investors seeking to push companies to do more on ESG issues. Major UK groups such as Lloyds Bank and BP have seen contentious votes on issues including executive pay and climate.

Leighton-Bailey said UK governance rules prevent companies having online-only meetings, a requirement that was only temporarily waived during lockdowns. Company secretaries are still nervous about the risks of tech failures, hacking or being overwhelmed with questions online.

“The governance community is very risk averse,” said Leighton-Bailey. “If you’ve held an AGM in person for 65 years, it’s a big change.”

The cost of hosting hybrid meetings is also a factor, with some companies balking at the extra fees, especially if only a few shareholders turn up.

Peter Swabey, policy and research director at the Chartered Governance Institute, UK & Ireland, favours a flexible approach. “Some companies have a small number of shareholders, while others have many thousands in multiple jurisdictions . . . Companies will need to take different approaches,” he said.

Across 4,700 company meetings facilitated by Lumi worldwide, nearly two-thirds were held entirely online, while 22 per cent were hybrid and 15 per cent took place purely in person. In the UK, just over one-third of meetings were in-person only, and the remainder were hybrid. 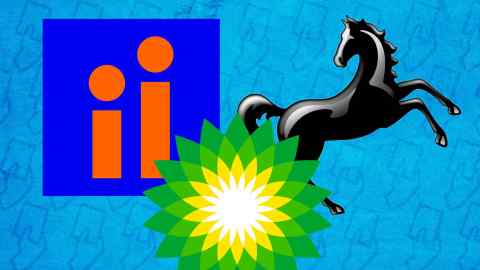 Other countries including Canada, Australia and South Africa have seen a double or triple-digit rise in turnout this year compared with 2021.

Leighton-Bailey said “a key driver for increased levels of attendance and engagement is thanks to the flexibility of hybrid and online AGMs”.

Participation by do-it-yourself investors in company votes in the UK has been particularly low in the past, with consumer advocates calling on companies and policymakers to do more to make it easy for small shareholders to weigh in on votes.

Interactive Investor, the UK investment platform, last month said it had recorded a 48 per cent jump in the number of votes cast by its customers at AGMs in the first half of 2022, compared with the same period last year. The platform has pushed for more retail engagement in AGMs and automatically opted all of its customers into a voting and information service.

However, the turnout still represented just 16 per cent of the decisions its clients could have influenced.

“We know we have more to do, but the wider industry’s near silence on the issue feels increasingly untenable,” said Richard Wilson, Interactive Investor chief executive.

“While investment platforms have a big role to play, so does UK plc. We need more hybrid AGMs. Travelling cross-country for a meeting is a huge ask of most people, when simple technology solutions offer alternative options.”